By Brian Warner on September 1, 2014 in Articles › Celebrity News

Right when you think he's out, Nike pulls Kevin Durant back in.

Just ten days ago, it seemed like a done deal. Kevin Durant was going to abandon Nike and sign a MASSIVE new shoe contract with Under Armour. Under Armour's offer would have reportedly paid Kevin $265-$285 million over the next 10 years. That's a ginormous pay raise from Kevin's current $60 million, seven-year Nike contract that's about to expire. Interestingly, the Under Armour deal would also allow Kevin to earn far more money from his shoe deal than from his NBA salary in the coming seasons. During the 2014-2015 season, the Oklahoma City Thunder are on track to pay Kevin $19 million. During the 2015-2016 season, he will earn $20 million. At that point, Kevin becomes a free agent and the numbers could go up but still, his NBA salary may never top the shoe money.

Under Armour sort of seemed like a strange choice for Kevin. After all, the company isn't really known at all for their basketball shoes. In fact, out of Under Armour's $683 million total revenues in 2013, only around $6 million came from their basketball shoe division. That's a little bit less than 1% of total revenues. But for whatever reason, Under Armour wanted Kevin… badly. And they were willing to pay whatever it took to get their man. Nike would be heartbroken to lose their prized superstar, but Under Armour's offer was unbeatable… Or so it seemed. Oh, and by the way, Adidas also tried to made an attempt to sign Kevin away from Nike, but once the bidding got over $20 million per year, they bowed out. 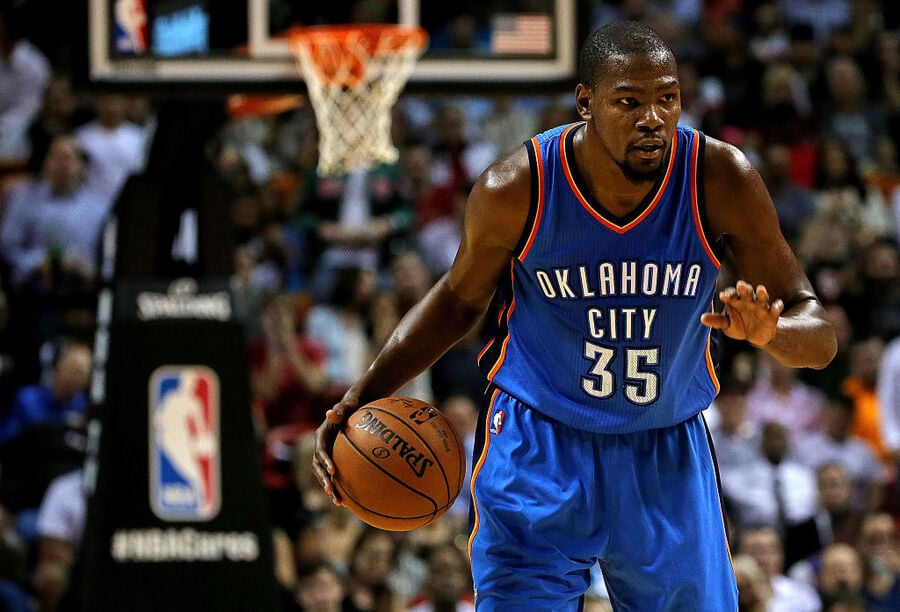 Well, it turns out Nike wasn't actually gonna let Kevin go anywhere. Right when clock was about to run out, Nike broke down and whipped out their checkbook. Or to use another mafia metaphor, Nike made an offer that Kevin simply can't refuse.