Nicki Minaj, Lil Wayne, And Future All Made Six Figures For NYE Gigs

By Joseph Gibson on January 1, 2019 in Articles › Celebrity News

For rappers of a certain stature, a New Year's Eve gig is one of the best you can get, because you're basically getting paid to not just rap but drink, hang out, and party before and afterwards. A few rap luminaries are now being reported to have earned healthy six figure paychecks for their New Year's Eve one night stands, like Nicki Minaj, Lil Wayne, and Future.

Future's New Year's Eve plans involved a gig at Drai's Beachclub and Nightclub in Las Vegas. He was on the bill for the club's New Year's Eve show along with comedian Kevin Hart, and he is reported to have earned a solid $400,000 for his work.

Then there are Nicki and Weezy, who took to the LIV Nightclub in Miami on a joint bill for $250,000. That's $250,000 between them, or $125,000 each, and even though that's a lot of money for one night's work (and not too hard at that, as work goes), you might think it seems like kind of a low figure for two of rap's biggest stars. That's because it is, and that's reportedly due to both artists' relationship with LIV's owner David Grutman, who was able to cash in on that relationship and get the two in his club relatively cheap compared to their usual rates. 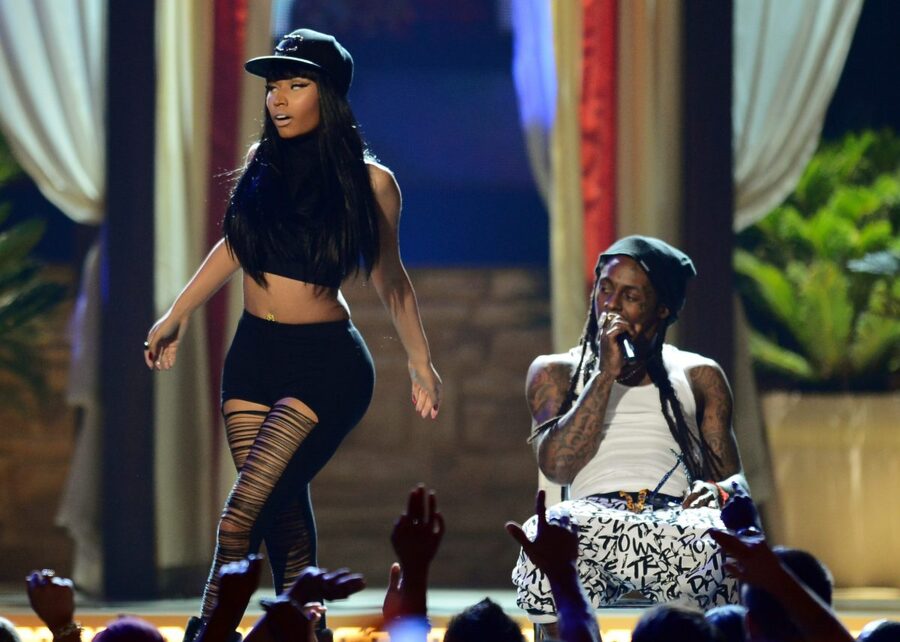 Further down the rap ladder you still see six figure New Year's Eve paychecks, like the more than $110,000 Sheck Wes, who released his debut album Mudboy in October, is reported to have gotten for a gig in Australia. And then there's the $110,000 Lil Baby & Gunna (who also put out a release in October, the collaborative mixtape Drip Harder) got between the two of them for the NYE party at the Masonic Temple in Detroit.

If you didn't get paid to go to any New Year's Eve parties last night, you have 364 days to get it together for 2019.