Nick Saban rarely smiles on the football field. But if the Alabama football coach didn't smile even a little bit after signing his recent new contract, he may not be human. Even prior to signing this new deal, Saban was already the highest paid college football coach in the world. He was also the highest paid public employee in the state of Alabama and the highest paid public employee in the entire US education system. But his new mega-deal, which will last through 2022, has left absolutely everyone in the coaching world stunned. It also left everyone in the coaching world beaming at the prospect of what this deal might mean for coaches in all sports from now on. 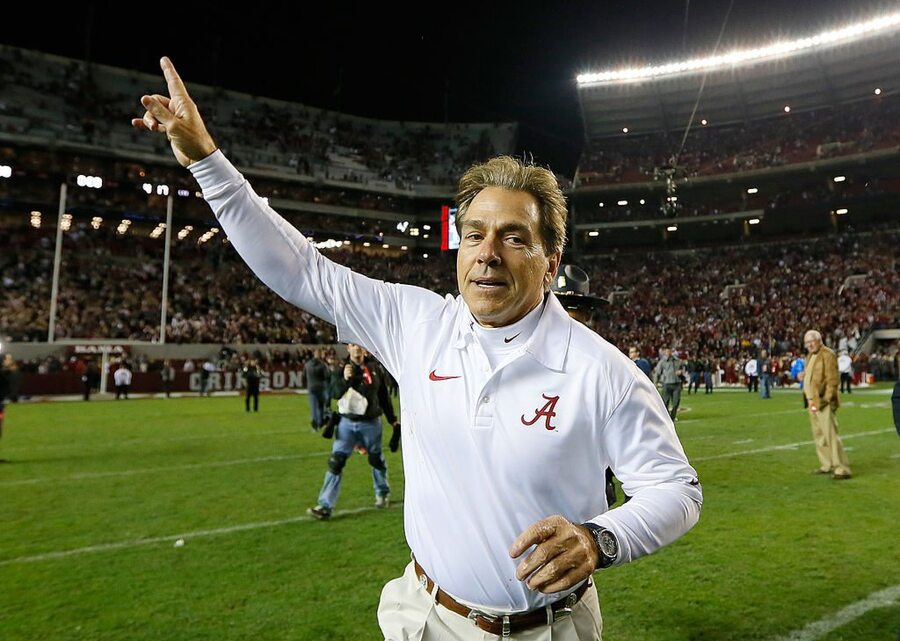 How Big Is Saban's Deal?

Saban's revised contract will pay him a $6.9 million base salary for the next eight seasons. With bonuses, the deal totals $55.2 million through 2022. This easily ensures Saban's place as the country's highest paid college football coach. As a matter of fact, Saban's current deal would place him eighth in salary among all U.S. coaches, including NFL coaches. Sean Payton of New Orleans tops the list at $8 million a year. Saban's friend and former boss Bill Belichick makes $7.5 million in New England.

Is Saban Worth The Money?

During the 2012-2013 college season, Alabama generated an estimated $89 million in revenues. The program also ran through $42 million in expenses (14% of which was Saban's salary), leaving the school with $47 million in profits. That's enough to make Alabama one of the most profitable college teams in the US. Clearly not all of the value comes from a coach, but it's probably not unfair to say that a very large part of the team's success (on the field and in the bank) can be attributed to Nick Saban.

What Does This Do For Other Coaches?

Saban's deal could impact college coaches leaving for the NFL and vice versa. It used to be a given that NFL coaches made substantially more than college coaches. For example, when Pete Carroll left USC for Seattle, he went from $4.4 million a year to $7 million. Chip Kelly went from $3.25 million at Oregon to $6.25 million in Philadelphia. That gap is closing, especially when you consider the work situation:

• Saban's cost of living in a college town is more than 40% less than a major market.

• The media pressure is immensely less.

This isn't to discount the work of college coaches, who also must recruit and the crazy things college students do. They're just getting rewarded for their work at a much higher rate, to the point NFL coaches often look to the college ranks for promotional opportunities.

It's not just the head coaches seeing better paydays. A 2013 USA Today study, the average assistant coaches salary was about $200,000. Saban's deal ups that ante. Saban's position coaches will now earn from $335,000-$500,000. In some cases, that's more than twice last year's average salary.

But in the constant race of college football, coaches like Urban Meyer, Jimbo Fischer or anyone else contending for a national title will use Saban's salary, escalated salary inflation and real-world cost of living inflation to ask for the farm. And because fans, boosters and athletic directors feel a need to win, those head coaches and their assistants will get what they want.

It's an amazing time to be a college football coach. So amazing Nick Saban might even smile once or twice.