Nick Cage Finally Explains How, And WHY, He Blew Through A $150 Million Fortune On Insane Purchases

By Joseph Gibson on August 16, 2019 in Articles › Celebrity News

The story of how movie star Nicolas Cage blew through a $150 million fortune and ended up with a hefty tax bill and various other debts is well known at this point. It's assumed by many that Cage's financial situation is why he continually appears in so many direct-to-video genre movies, and while whether or not that's actually the case, is still a bit unclear as a recent New York Times interview from the actor sheds some new light on the specifics of how he managed to spend so much money over the course of just a few years.

At the height of his spending mania, Cage went on a spree that is still legendary years after the fact. Among the items that once belonged to the Snake Eyes star were a massive, 9-foot-tall burial tomb, a 67-million-year-old (give or take a few million years) $276,000 dinosaur skull, a collection of authentic shrunken heads, and Superman's Action Comics #1 debut, a comic book he spent some $150,000 to acquire. 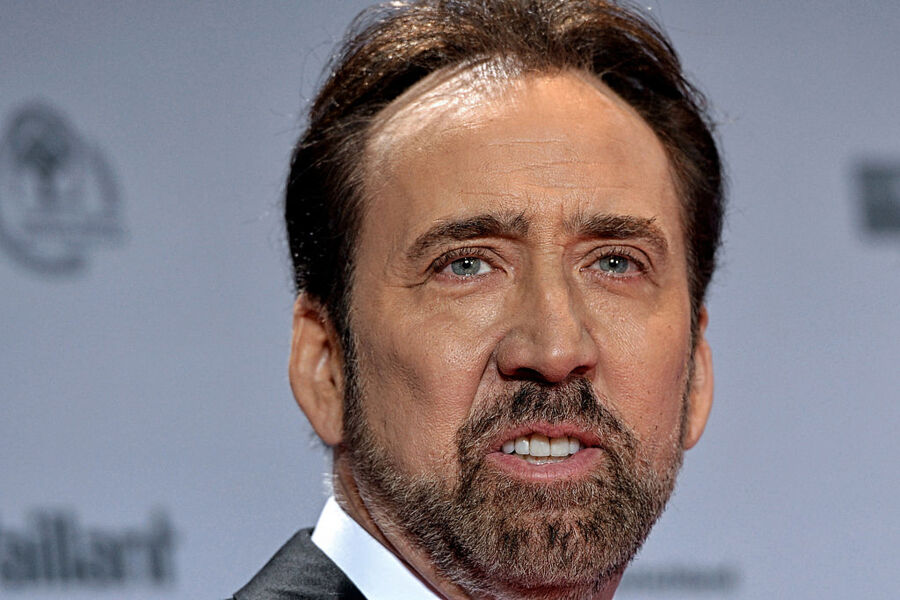 All this pales in comparison to Cage's once mighty real estate portfolio. He reportedly owned 15 homes located throughout the world, including an $8 million castle in England that he spent additional millions on renovating, all without ever spending a single night within its walls. Then there was the $7 million he dropped on his own 40-acre private island in the Bahamas, and Cage says that it's these real estate purchases that contributed the most do his draining bank account, rather than any of his more exciting or eccentric acquisitions. As he put it in the interview:

"What is an octopus, $80? You're not going to go into dire straits buying an octopus."

Cage says that his real estate portfolio wasn't born out of the typical motivations for owning houses throughout the world. Instead, he says, he was on what he refers to as a "holy grail quest" to own properties that aligned with various mythological and philosophical locales:

"I started following mythology, and I was finding properties that aligned with that…You read a book, and in it there's a reference to another book, and then you buy that book, and then you attach the references. For me it was all about where was the grail? Was it here? Was it there?…What is the grail but Earth itself?"

Thankfully Cage never managed to buy the entire planet, but he did come pretty close, burning through untold millions of dollars on all these properties, most of which he ended up selling starting in 2009 in an attempt to settle his debts, like the $13 million in back taxes he owed to the IRS.

Now, of course, Cage appears to be on the rebound, with a net worth we have at $25 million and no apparent regrets about his "holy grail quest."