It's tough dealing with banks. Most of the time, when we're actually having to interact with one, it's because of a problem. But our problems are generally that we can't withdraw money from an ATM, or maybe we have an overdraft fee, or perhaps we just want to open up a second account. For Dwight Freeney, his problem was that he lost $20 million.

Yes, you read that right. The former Colts and Chargers defensive end is claiming that he was part of a massive fraud scheme that was greatly "aided and abetted" by Bank of America. He began using the bank in 2010 to manage his assets. That, of course, included his NFL salary. Freeney is alleging that the people in charge of managing his finances were completely unqualified to do so. 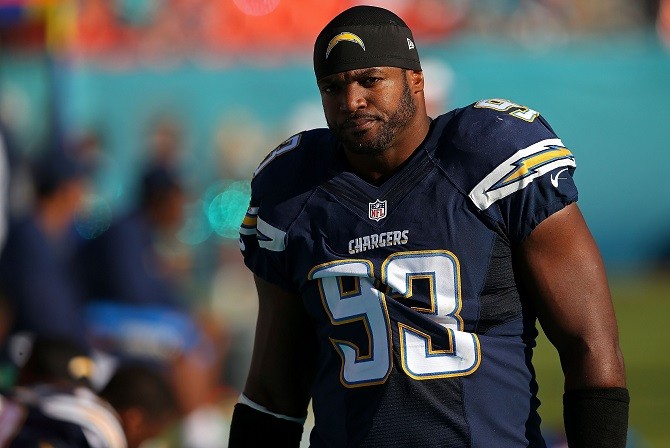 There were two people in particular that Freeney mentioned in the suit, which claims they stole $8.5 million from him. The first, Eva Weinberg–who he said managed his business affairs–was only a part-time employee of the bank, and was not qualified to give investment advice. The other is Michael Stern, a successful Miami businessman who's been linked to failed real estate ventures and bribing city officials. Probably not the best two people to be in charge of anyone's money, let alone a superstar athlete.

To the surprise of absolutely no one, Bank of America is denying Freeney's claims. It says Weinberg and Stern were never actually bank employees, and that they've both been convicted.

Freeney has had a strong career–racking up 111.5 sacks and leaving the Colts as the franchise's all-time leader in that category (though he's since been passed by Robert Mathis). That's helped him earn nearly $100 million in salary. But he's also 35, and didn't have as much success in San Diego. After 11 years with the Colts, he only lasted for two with the Chargers. Imagine having more than 20% of your money just taken away from you, as Freeney is claiming. That's a big change regardless of how much you make.

This isn't even the first time Freeney has had trouble with finances. In 2012, his financial adviser was arrested and charged with embezzling $2.2 million. We've written about athletes' friends and advisers mismanaging their money before, but it looks like some could still learn a lesson or two about trust.