By Joseph Gibson on August 31, 2018 in Articles › Celebrity News

Mychal Kendricks, linebacker for the Cleveland Browns, is in some legal trouble that has nothing to do with football. He was one of a pair of individuals charged with insider trading according to a filing by the US Attorney in Philadelphia, and Kendricks recently released a statement taking full responsibility for his actions and announcing his intention to cooperate fully with investigators:

"While I didn't fully understand all of the details of the illegal trades, I knew it was wrong, and I wholeheartedly regret my actions … Since the beginning of the investigation, I have fully cooperated with all of the authorities and will continue to do so. I accept full responsibility for my actions. Although I did not take any of the profits for myself, I am committed to repaying all of the funds gained illegally and accept the consequences of my actions."

Those actions include using special codes to communicate with his alleged confederate in the insider trading scheme in FaceTime and text messages. 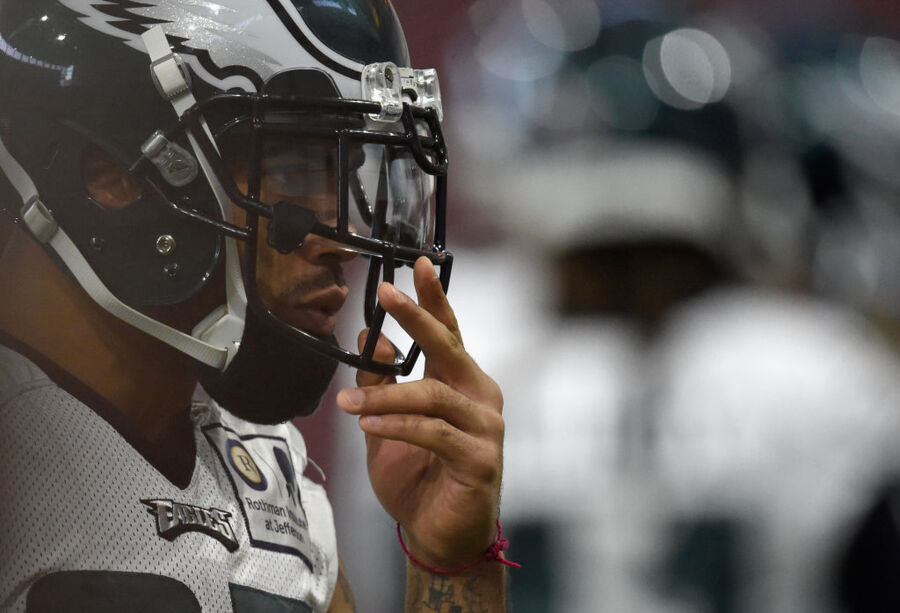 The other man to be indicted along with Kendricks is Damilare Sonoiki, who is alleged to have passed on non-public insider info on corporate mergers to Kendricks in 2014, when the latter was an employee at Goldman Sachs. CNBC says that Kendricks made a reported $1.2 million profit by investing in companies that were about to be bought up, kicking back perks that ranged "from cash to tickets to NFL games" to Sonoiki. That was when Kendricks was playing for the Philadelphia Eagles (as pictured above), but it's his current team that released a press statement of their own on the case:

"We are aware of the situation and in communication with the league office as we gather more information. Mychal will not make the trip to Detroit. We will comment further at the appropriate time."

Court dates have not been scheduled as of this writing, but according to U.S. Attorney William M. McSwain both Sonoiki and Kendricks could be facing "substantial prison time" if convicted.