Next Year Bentley Will Release Its First SUV. Not Surprisingly, It Will Be Ultra Luxurious And Ultra Expensive!

By Brian Warner on January 8, 2015 in Articles › Celebrity News

If you've always wanted to drive a Bentley but you need the extra room and four wheel drive offered by a Sports Utility Vehicle, I have some really good news. Earlier today, the British-based (Volkswagen-owned) luxury automaker confirmed rumors that starting next year it will be releasing a luxury SUV. This will be the very first SUV in the company's 100 year history, and because this is Bentley, it wont just be your average SUV. In fact, it will be the most expensive SUV in history. Not a surprise. Bentley CEO Wolfgang Duerheimer released the following statement:

"The Bentley SUV will be the most exclusive, most luxurious and most expensive SUV in the world. The level of luxury will be extraordinary."

So how much will this ultra-luxurious car set you back? Early reports peg the base sticker price at $214,000. That will easily make it the most expensive SUV not only in the world, but in history. The current most expensive SUV is the Mercedes Benz G-Wagon which has an MSRP of $115,000. So will that hefty price tag turn people off? Nope. 4000 people have already signed up for the car's waiting list. Assuming this will be a huge success, which is seeming very likely, it's gotta be only a matter a before we see a Ferrari SUV.

What do you think of this Bentley SUV? Would you buy it if you had the cash? 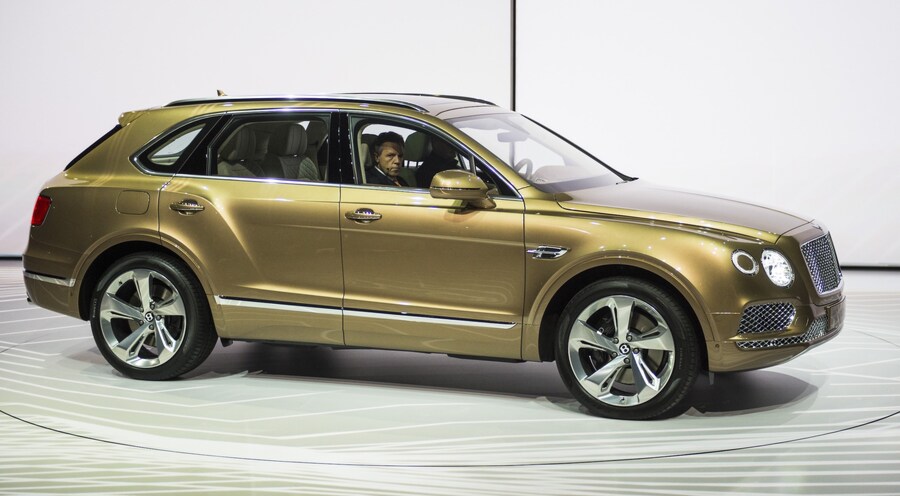