The life of a professional athlete seems glamorous. Getting paid to play the sport you love, having sponsors throw money at you, and being adored by fans all over the world. But an alarming recent study from Cal Tech, George Washington University and the University of Washington determined that nearly 16% of NFL players are totally bankrupt within 12 years of retiring from the league. Perhaps even more shocking, the study found that 2% of pro footballers declare bankruptcy within just two years of leaving the league.

Interestingly enough, the rate of bankruptcy generally maintains constant, regardless of how long a player was in the league. A player can have a long, lucrative career and still go bankrupt. Though the bankruptcy risk spikes after five years in the league–more than double any other tenure. It's like turning 27 for a rock star. There's just some kind of crazy bad luck about it.

Rookie contracts last four years; maybe the high risk of bankruptcy in year five is due to an injury, or a player dropping out of the league while thinking he still has several years left.

Why does this high rate of bankruptcy happen? Well, for one, though the average income for an NFL player is higher than most college graduates, that's only for a few years. The median career length in the NFL is six seasons. During those six seasons, the median player earns a total of $3.2 million before taxes and fees. And the vast majority of NFL contracts aren't guaranteed, so even though a player may sign a hefty contract on paper, he may not actually end up receiving a good chunk of that money. 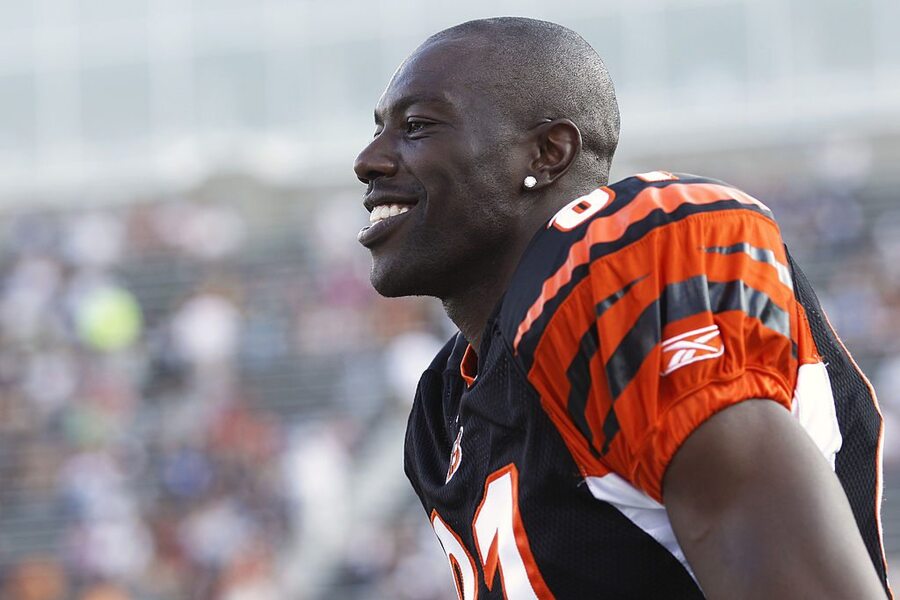 Then, of course, there are the leeches. These are friends, family members, acquaintances, or anyone else that will do all they can to separate a player from his money. The player wants to provide for those close in his life, and it can be easy to think he has it all, so he overspends. All of a sudden, that pile of money that seemed endless turns out to have a very real, finite bottom.

Here are some especially shocking examples of NFL players who have had extreme financial problems after retiring:

Lawrence Taylor – LT found himself broke and facing statutory rape charges after earning more than $50 million during his NFL career.

Deuce McAllister – After earning millions in the NFL, McAllister's Nissan dealership in Mississippi went bankrupt in 2009 leaving Deuce broke and liable for hundreds of thousands in debt.

Terrell Owens – In 2012, Terrell Owens announced he was broke and without any monthly income. Meanwhile he is paying $120,000 a month in child support and mortgages to four different baby mamas.

Warren Sapp – In April 2012, Sapp filed for bankruptcy claiming assets worth $6.5 million and debts of $7 million. The $7 million is owed to the IRS, child support to four different women, and medical bills. At the 2015 Super Bowl, Sapp was arrested for allegedly soliciting a prostitute.

Travis Henry – Henry couldn't keep up with his massive child support payments after he fathered 11 children with 10 women. He was eventually arrested for cocaine trafficking.

Vince Young – After earning $45 million in salary and endorsements, Vince Young is the most recent pro-athlete to go broke.

There are a few good tales to come from players' money woes, though. Michael Vick paid off nearly $18 million that he owed to his creditors, and Phillip Buchanon is hoping his tough experiences with his family, particularly his mother, asking him for money can help other players better manage their finances.

We've written about this countless times, but it bears repeating: don't trust anyone else with your money (particularly if you suddenly inherit a lot of it), and learn to say no. Even if it's difficult, it's the right decision in the long run.