New Apple Show Will Make Jennifer Aniston And Reese Witherspoon Among The Highest-Paid TV Stars, Ever

By Joseph Gibson on August 31, 2019 in Articles › Celebrity News

Anticipation for Apple's upcoming series The Morning Show starring Jennifer Aniston and Reese Witherspoon has been building at a steady clip since before it even had a title. Now, Bloomberg reports that the show's first two seasons will cost a total of $300 million to produce, and two of the chief beneficiaries are the series stars who will instantly become two of the highest paid performers in television history.

The Morning Show's reported $300 million budget also makes it one of the most expensive TV shows ever made, in the same class as another famously expensive recent show, The Crown on Netflix. Steve Carell will also be part of the series cast, as the show deals with "the free fall of an early morning newscast in the wake of a scandal, and its struggle to survive in an era when news arrives in the palm of your hand." 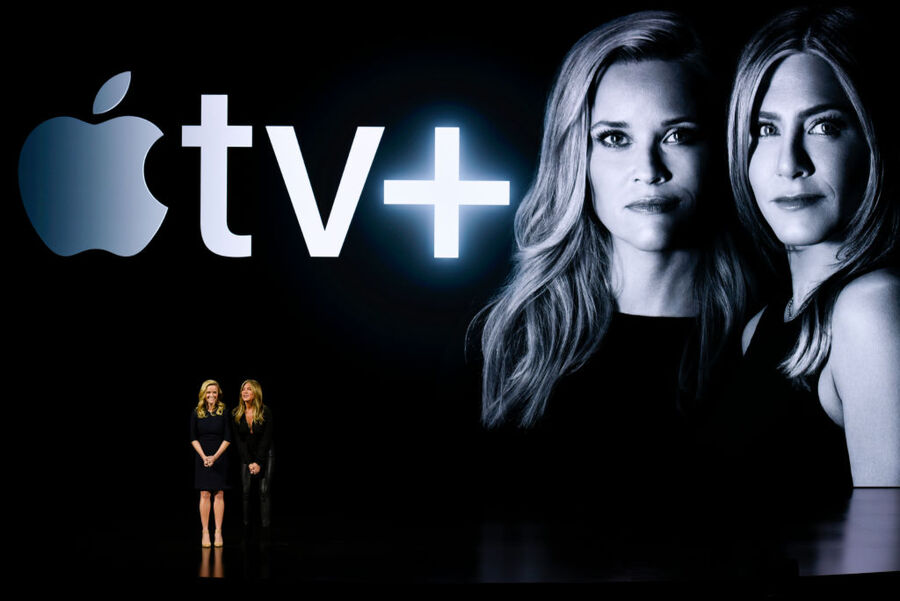 In terms of salary per episode, Aniston and Witherspoon are now in the top tier of high-earning TV stars, earning a reported $1.25 million each per episode. Only a handful of television stars have earned more than that –  a list that includes Kelsey Grammer on Frasier ($1.6 million per episode), Ray Romano on Everybody Loves Raymond ($1.7 million per episode) and Charlie Sheen on Two and a Half Men ($1.8 million per episode).

The Morning Show's $150 million seasons put it up there with not just The Crown but also HBO's Game of Thrones, the final six-episode season of which cost about $90 million per episode.

The $150-million-per-season investment reflects Apple's desire to launch into the online streaming game in a big way, with The Morning Show serving as one of the flagship programs of its upcoming streaming platform known as Apple TV Plus. A firm launch date hasn't been set as of yet, but the word is that they're hoping to be up and running in November of this year, which also happens to be when Disney's streaming service Disney+ is scheduled to launch.

Only time will tell if Apple's big investment will pay off, but they seem to have faith in the starpower of Aniston and Witherspoon and their ability to draw in viewers to a brand new platform.