By Joseph Gibson on October 2, 2017 in Articles › Celebrity News

It's old news that Netflix is favoring a "money is no object" approach to populating its streaming service with as much exclusive content as possible. Lately, that's meant sinking big money into getting top-tier comedians to make specials and other programming for the service, and Jerry Seinfeld is among the most expensive. According to media reports, a pair of new Seinfeld stand-up specials as well as a new season of his web interview series Comedians in Cars Getting Coffee is costing Netflix a total of $100 million.

The main impetus for Seinfeld's partnership with Netflix appears to have been his desire to find a new home for Comedians in Cars Getting Coffee following the end of the show's contract with Sony's online streaming service Crackle. Seinfeld was reported to be unhappy with the demands made on the series by advertisers, and wanted to take the show somewhere where he would have more creative control. That means Netflix, which has already built a reputation for giving creators more freedom and leeway than they would have on almost any other comparable platform. 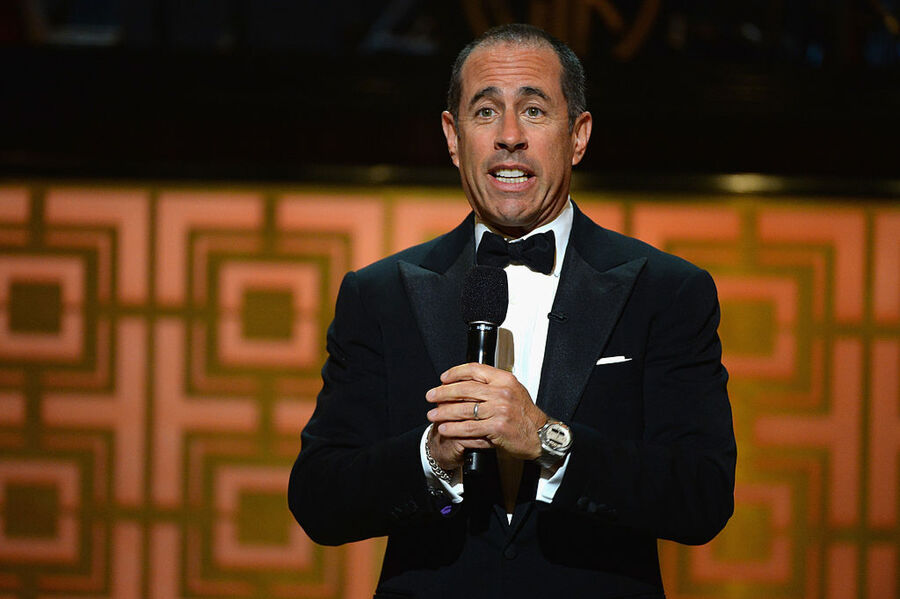 That means no more scheduling episodes according to what the sponsor wants, and (unfortunately for fans of one of Comedians in Cars' funniest recurring bits) no more awkward product placement, unless it's integrated into the show on purpose.

To put that $100 million figure in perspective, consider this: The sixth season of Game of Thrones, infamous for its feature film-worthy budget, clocked in at about $100 million for its 10 episodes. Given that Jerry Seinfeld probably won't be sharing the screen with any giant CGI dragons for either the next season of Comedians in Cars Getting Coffee or his new standup specials, that's a good indicator of how valuable he's considered by Netflix.