By Joseph Gibson on January 12, 2021 in Articles › Celebrity News

Rock legend Neil Young is the latest high-profile artist to close a massive deal for a piece of his music publishing rights, as announced by the Hipgnosis Songs Fund investment company. The company didn't disclose how much the deal was worth, but some outlets are reporting the deal was worth somewhere in the neighborhood of $150 million.

However much Neil made in the deal, Hipgnosis's press announcement says they now hold "50% of the worldwide copyright and income interests in Nil Young's  entire song catalogue of 1,180 songs," which as you're probably already aware is the kind of arrangement that more and more big-name recording artists of Young's generation are making these days. Bob Dylan sold a portion of his publishing rights to Universal for a sum reportedly as high as $500 million, while Stevie Nicks and Lindsey Buckingham (both of Fleetwood Mac) both recently closed similar deals as well.

Merck Mercuriadis, founder of Hipgnosis, is quoted in the press release on the Young deal, and he emphasizes that this isn't simply a business agreement for him, but a byproduct of his longtime love of Young's music. As he puts it:

"I bought my first Neil Young album aged 7. 'Harvest' was my companion and I know every note, every word, every pause and silence intimately. Neil Young, or at least his music, has been my friend and constant ever since." 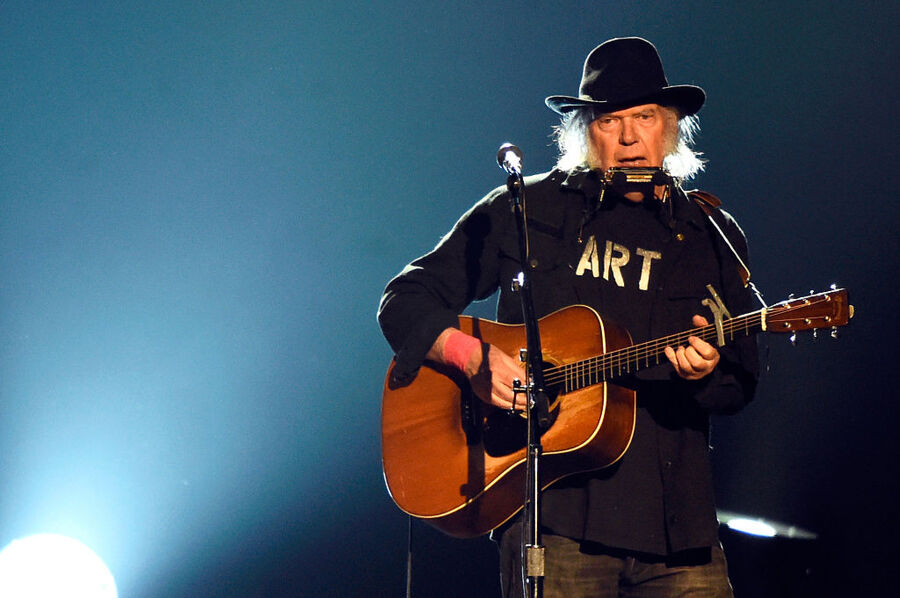 Young, who has always been an iconoclast willing and eager to clash with record companies and other corporate entities over the course of his very long career, does not offer remarks in the press release, but Mercuriadis goes on to say that the deal was closed with the intent to keep the spirit of Young's artistic integrity intact:

"I built Hipgnosis to be a company Neil would want to be a part of. We have a common integrity, ethos and passion born out of a belief in music and these important songs. There will never be a 'Burger of Gold' but we will work together to make sure everyone gets to hear them on Neil's terms. There's a good chance their life will be changed just like mine was. This is a deal that changes Hipgnosis forever and it's a dream to welcome Neil, Frank, Bonnie and the team to the Hipgnosis family."

If you're not a Young fan you might be puzzled by that "Burger of Gold" reference. Back in the 70s, Young was famously approached by McDonald's to use his song "Heart of Gold" in a commercial, and refused to allow it. Even as popular music becomes more and more omnipresent in advertising, Young has been one of the holdouts, never allowing his music to be used in that way, and the Hipgnosis press statement seems to indicate that that isn't going to change as a result of this sale.