Ndamukong Suh Just Signed One Of The Biggest Contracts In NFL History… And It's Still A Bargain!

Say what you want about former Lions DT Ndamukong Suh's checkered past, the guy can flat out play football. And he was rewarded for it, with word coming out that the Miami Dolphins plan to sign him to a $114 million deal, with $60 million of that money guaranteed.

That's the highest contract ever for a defensive player, and one of the highest for any NFL player, period. The $60 million guaranteed is only second behind Colin Kaepernick's $61 million guaranteed, which turned out to actually be guaranteed simply against an injury. The Niners could still cut him any season before April 1, and they wouldn't have to pay him all of his supposedly "guaranteed" money. 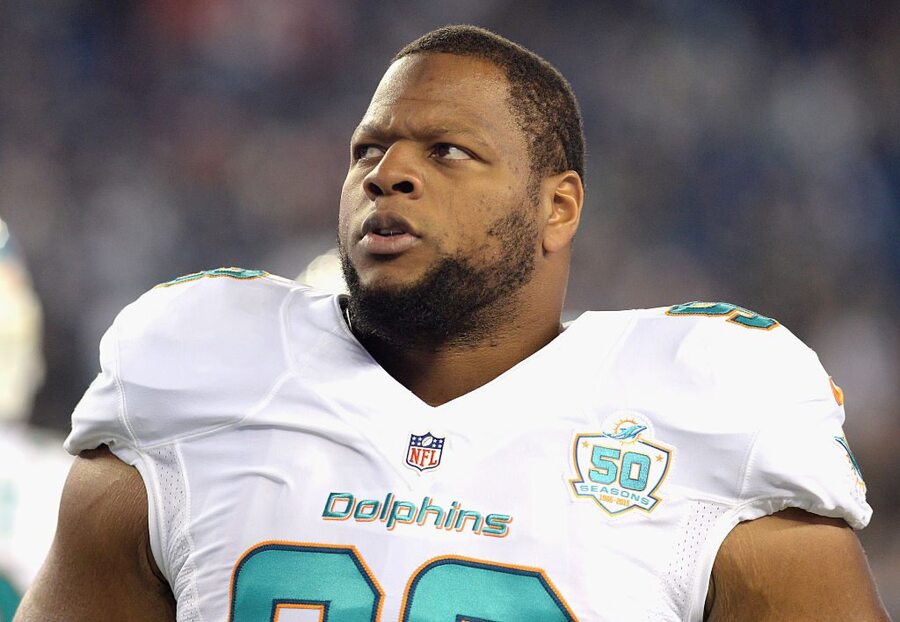 We'll have to wait to see if the Dolphins have included similar provisions in Suh's contract–perhaps they'll add a requirement that Suh cannot be suspended to earn all of his money–but either way, it's still a significant chunk of change. What's more, it actually may turn out to be a steal, thanks to Florida's lack of a state income tax.

Suh's $60 million guaranteed, will turn out to be about $34.7 million after taxes. Not only is he trading the frigid winters of Detroit for the sunny shores of Miami, he's also saving his future employer a few million dollars. The Lions would have had to pay $5 million extra to equal the same $34.7 million post-tax figure that Suh is seeing in Miami (Florida has no state income tax). In Oakland, another bidder vying for Suh, they would have had to throw an extra $10 million into the pot. California has some ridiculous taxes!

Since he entered the league 2010, Suh has often been called a dirty player. Whether you agree with that or not, he's only missed two games in his career due to suspension, both in 2011. He's on the field more often than not, and he performs well when he's playing. Even if the Dolphins did overpay for him, they'll gladly welcome him onto a defense that was right in the middle of the pack against the run, according to Football Outsiders.

Now, only one question remains: Will Suh add to his career fine total of $286,875 and counting?