Matt Bissonnette (pen name: Mark Owen) struck it rich when he wrote a firsthand account of Navy SEAL Team 6's assassination of Osama Bin Laden. His story, No Easy Day, was published in September 2012 and quickly made the New York Times bestseller list.

But now, Bissonnette has been ordered to forfeit the $6.8 million that he earned in book royalties and associated financial gains from various speaking engagements. His attorney, Robert D. Luskin, also confirmed that he has forfeited $180,000 that he made for military contractor consulting while he was still a member of Team 6.

The Justice Department has been investigating the case for about two years, to determine the amount of classified information that Bissonnette dispersed, and also if conflict-of-interest rules were broken when he did his consulting work. There have been no criminal charges levied against Bissonnette, but he is required to forfeit all the money he earned for his various missteps. 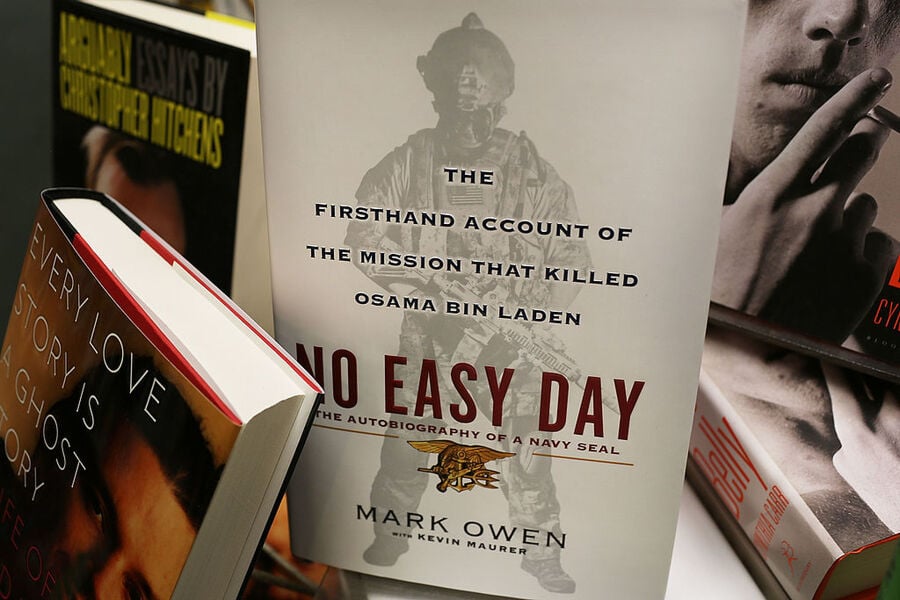 The biggest charge against Bissonnette is that he failed to allow the Pentagon to look at his materials before they were published. The sensitive nature of the information calls for much more careful handling than what Bissonnette showed. He said of his actions:

"I acknowledge my mistake and have paid a stiff price, both personally and financially, for that error. I accept responsibility for failing to submit the book for review and apologize sincerely for my oversight."

In Bissonnette's account of the story, he states that he played a direct role in Bin Laden's death, claiming he took some of the shots that hit the mark. Robert O'Neill, a SEAL Team 6 mate of Bissonnette's, is reportedly working on his own book which will (obviously) be reviewed by the Pentagon before publication. O'Neill claims the fatal shot was his.

In addition to the $6.8 million he's losing for the book and speaking, Bissonette's $180,000 fine comes from the consulting work he did for Ops-Core, S&S Precision, and London Bridge Trading. All three companies are gear manufacturers that were in agreements with SEAL Team 6 while Bissonnette was on the team.

Bissonnette continues to insist that all of his consulting work was okayed by a Navy Lawyer prior to the work being done, and therefore the federal prosecutors believe that "there was clearly on Matt's part no intent to breach the conflict-of-interest laws." This definitely played a role in the decision not to file charges against him.

It will be interesting to see down the road how many other individuals and organizations undergo similar scrutiny for situtations related to SEAL Team 6. For instance, Luskin believes that similar oversights occurred in the making of Zero Dark Thirty, a movie about the same raid. For now, it seems that Bissonnette is the only one paying, and he's losing big.