Nathan Apodaca, better known as "Doggface," and even better known as the skateboarding Fleetwood Mac cranberry juice guy, is seeing his "Dreams" thwarted by none other than Stevie Nicks, according to TMZ, by refusing to license the song for a new business venture currently being prepared by the viral video star.

The Doggface team is preparing to sell the clip of him skating while enjoying an Ocean Spray cranberry juice and listening to "Dreams" by Fleetwood Mac, which went viral last year, as an NFT.

Unfortunately, since Nicks didn't sign off on her song being used in this way, the NFR will be sold without music. Another problem, Nathan doesn't have the rights to display the Ocean Spray logo, so that will have to be digitally blurred.

Even with these alterations, Doggface is hoping to list the NFT with an opening bid of $500,000. 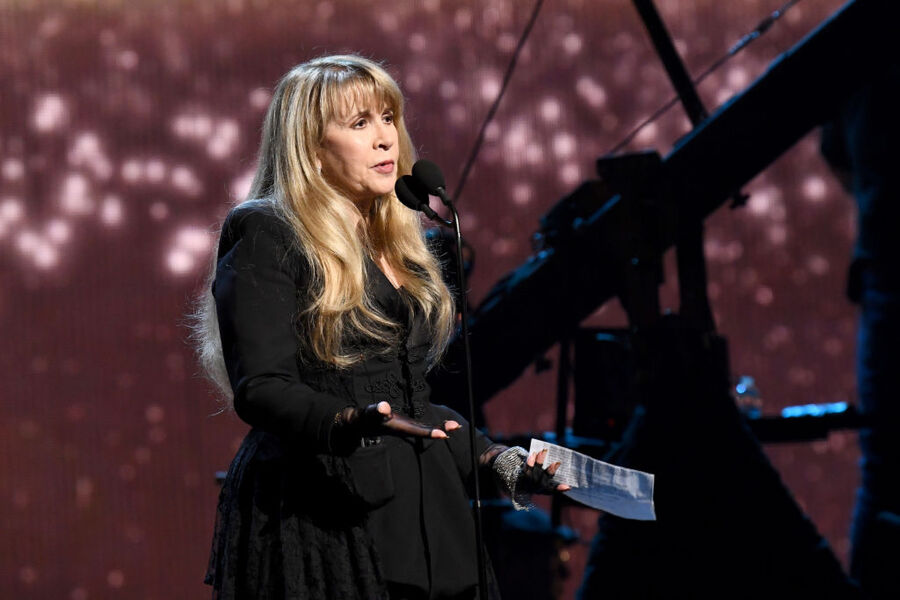 That might seem like a lot, but NFTs are booming lately and no one can really say what any particular piece might be worth, as investors and collectors seem to be gripped by a fever that causes them to spend millions of dollars on the digital objects. NFTs use the blockchain to serve as a one-of-a-kind token that can't be directly exchanged for cash but can be traded like a painting or any other collectible, and it seems that a lot of people with any kind of public notoriety are attempting to capitalize on the trend.

Nicks wasn't interested in being involved int he sale, even after being offered half the proceeds of the sale. Doggface says he's insulted by the move, since (as he sees it) his video was responsible for a big spike in Fleetwood Mac's popularity among a younger audience, many of whom discovered their music for the first time through the video.

With no music and no Ocean Spray logo, it remains to be seen whether Doggface's NFT will find a buyer for that $500,000 starting bid. But if it does, Doggface can be proud of establishing such a high value for his own work without the help of Fleetwood Mac – and maybe Stevie Nicks will regret missing out on such an easy payday.

As of this writing, the NFT sale has still not occurred.

How much money has Nathan Apodaca made off his viral TikTok?

At the time he filmed the TikTok, Nathan was living at his brother's house. He had previously been living in modest RV parked in a Walmart parking lot. He had less than $200 to his name when he rode the skateboard to his job at a potato warehouse.

Using donations from fans, in November 2020 he was able to purchase a 5-bedroom home in Idaho Falls, Idaho. The home had recently been listed for sale for $320,000.

Nathan has also launched a website to sell merchandise like the hoodie he was wearing in the video.

In total, not including the NFT sale which has not occurred as of this writing, Nathan Apodaca has made an estimated $200,000 from donations, merchandise sales, sponsorships and gifts off his vial TikTok.