My God. Joe Rogan's Spotify Deal Was Much MUCH Bigger Than We Previously Thought

By Brian Warner on February 17, 2022 in Articles › Celebrity News

Unless you've been living under a rock, you are abundantly aware that Joe Rogan has been in the news a bit lately. I'm not going to recap or debate his recent controversy in this article. But, for better or worse, you'd be hard-pressed to find a bigger news story in the United States over the last month than Joe Rogan/Spotify Vs. Neil Young/mainstream media/medical community. And shockingly, Joe's controversy probably got more ink on Twitter and on news programs in recent weeks than the looming World War III over in Europe.

To give just a bit of background, Joe Rogan's podcast, which is titled "The Joe Rogan Experience," was launched in December 2009. For many years it was available for free on all podcast platforms and YouTube.

In May 2020 the world shook a little bit when it was announced that Spotify had acquired the exclusive right to be the home of Joe's podcast. Spotify did not acquire his podcast, they simply licensed it for what was generally understood to be a three year deal.

And on the subject of that three year deal, at the time the deal was announced most outlets (including CelebrityNetWorth) estimated the total value of the deal at $100 million.

Speaking with anonymous inside sources, the New York Times just uncovered the total actual value of Joe's Spotify payday. As it turns out, that $100 million number was not correct.

Joe Rogan's Spotfiy deal is MUCH MUCH bigger than anyone could have possibly fathomed. 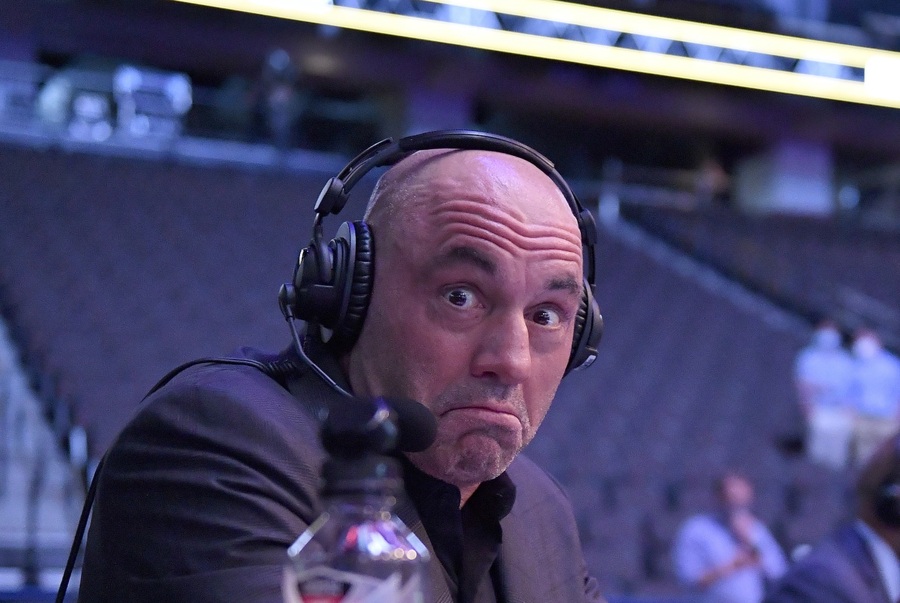 In our breakdown when the deal was announced in May 2020, we actually predicted that Joe's deal was much larger than $100 million but it was hard to go against reporting from the Wall Street Journal and Bloomberg. We didn't have any inside source feeding us tips, but we did have it on good authority that Joe's podcast had been making $20-30 million per year under its former set up.

So if it truly was a three-year $100 million deal, Joe would have essentially have been trading $20-30 million for $33 million. Why would he do that? It's not that large of a raise to go totally corporate, forcing your fans to follow to a new platform.

"What makes a lot of sense to me is if Joe currently makes $20 million per year, AKA $60 million over the next three years, that Spotify actually offered him $100 million UP FRONT. Cash now. Direct deposited. And then he continues making that $20-30 million per year from advertising and other incentives."

As it turns out, even my generous prediction was off, by a LOT.

According to sources who spoke anonymously with the New York Times, Rogan's Spotify deal actually spans a 3.5 years, not 3 years. Oh, and the minimum value of the deal?

According to the sources, Joe is earning "$200 million, with the possibility of more."

Let's just take that $200 million number. First of all, some of that money goes towards Joe's production costs. As you may know if you've ever seen Joe's show, his production budget is almost non-existent. I think he would struggle to spend $100k a month on production costs. But let's say he's spending $150k per month over the deal's 42 months. That's $6.3 million going towards costs over the life of the deal. That leaves $194 million left over for Joe.

Looking at it in terms of 42 monthly payments, that would equate to…

That would be $55 million per year for three years PLUS $27.7 million for the final half year.

$55 million per year would make Joe the highest-paid player in professional baseball, the NBA and the NFL. In 2021 Joe made about $20 million more than the total compensation (base salary + stock + bonus) of Goldman Sachs's CEO, David Solomon.

I can also almost guarantee that Joe's deal is impregnable. Meaning, if he was fired, Spotify would likely still have to pay the full contract amount while also letting him sign another deal with a rival or just allowing him to operate independently on a platform like Patreon. That's why Joe Rogan doesn't seem to care or even be mildly impacted by his recent controversy. If he does gets fired, he'll probably just double his money.

Joe's Spotify deal was announced in May 2020 but didn't officially launch until December 2020. What did Joe do in September 2020?

He abandoned from California and moved to a $14 million mansion in Austin, Texas. By leaving California's nation-leading state income tax and moving to a zero-tax state like Texas, Joe also gave himself a significant raise. On $200 million, going from 13% to 0% will mean $26 million saved on taxes. That's $620,000 every month in saved money that goes straight to his pockets.