Pat Sajak Net Worth And Salary: How Much Does The Wheel Of Fortune Host Make?

Pat Sajak is one of the most recognizable faces on television. The host of the popular game show Wheel of Fortune has graced television sets of countless families nationwide since he became the show's host back in the 1980s. Assuredly he has made a lot of money over the years, but exactly how much does Sajak make in exchange for his hosting duties?

While Sajak is undoubtedly living quite comfortably now, having hosted Wheel for decades, it wasn't always that easy for the host. His first foray into media happened when he was attending Columbia College in Chicago in the 1960s, where he became a news anchor on the local radio station, WEDC. He joined the Army in 1968 during the Vietnam War, and was a deejay on Armed Forces Radio. When he returned from Vietnam, he continued dj-ing for stations in Kentucky, and Nashville (WSM). It was at WSM's sister station, WSN-TV, where he had his first on-screen opportunity. 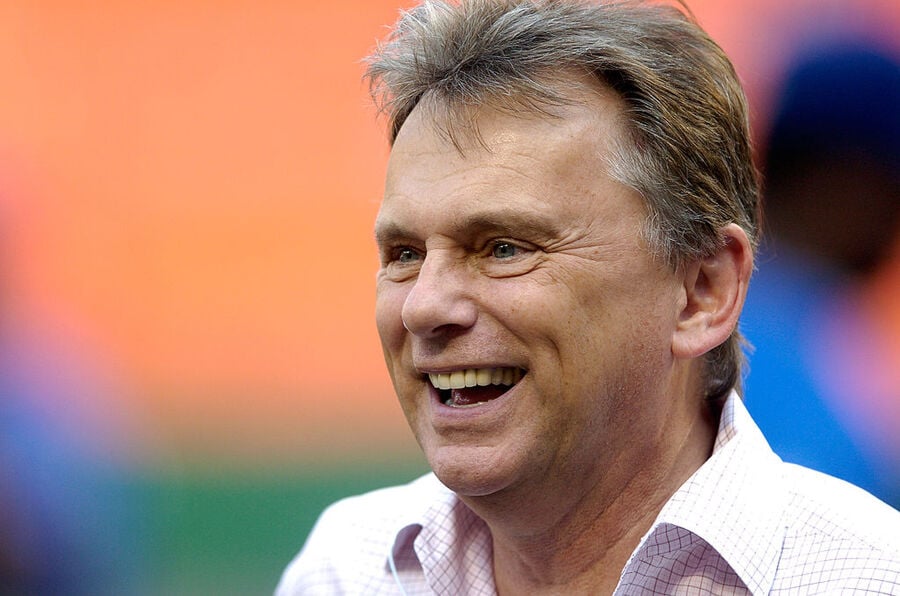 At WSN-TV, Sajak first served as a voiceover artist doing station identifications, then anchoring five minute newscasts during NBC's Today Show, then serving as a weekend and substitute weatherman. Then in 1977, Sajak accepted an opportunity to work at Los Angeles's KNBC-TV as a full time weatherman.

In 1981, Merv Griffin, the creator of Wheel of Fortune and countless other game shows, asked Sajak if he would like to take over the show's duties from Chuck Woolery, who was then the show's host. Fred Silverman, then the CEO of NBC, rejected the idea, to which Griffin threatened to cease all new tapings until Sajak was hired. Sajak was eventually hired in 1981 and has hosted the show ever since. Susan Stafford was his hostess until 1982 until Vanna White took over.

Now, how much does Sajak make for hosting Wheel? A cool $15 million. He slightly beats out Jeopardy host Alex Trebek, who makes $10 million for his services. Pat's overall net worth is $65 million.

Pat Sajak earns an annual salary of $14 million as host of Wheel of Fortune. For comparison, Vanna White's salary is $10 million. Wheel of Fortune tapes four days per month, six shows per day. They tape two Thursdays and two Fridays. On taping days, they both arrive around 8:30am and start shooting at noon. One audience watches three shows, then there is a break for lunch. A second audience comes in to watch three more tapings.