You Wont Believe How Much Money Sir Mix-a-Lot Has Made Off "Baby Got Back".

Back in 2014, the original king of big butts, Sir Mix-a-Lot, was sitting on top of the world thanks to Nicki Minaj. At the time, Nicki Minaj's song "Anaconda" was smashing records left and right. And, as opposed to being a quick sample, the whole song was essentially Nicki just singing over the original song. As a result, Sir Mix's pockets were getting fatter and fatter as a fresh new crop of royalty checks landed in his mailbox. That brings up a couple of interesting questions. How much money did Sir Mix make off Nicki's song? And how much money has Sir Mix-a-Lot made off "Baby Got Back"?

In August of 2014, VladTV uploaded a seven minute interview with Sir Mix to YouTube. The first five minutes of the interview mostly talks about how Sir Mix came up with the idea for Baby Got Back in the first place. It's a fairly interesting story, nothing ground breaking. At around the five and a half minute mark, the interviewer asks: "How much money has Baby Got Back made?". Mix's response gives a fascinating glimpse into the world of publishing rights, royalties and the lifestyle of someone 20 years after releasing one of the most famous songs of all time. His response is also slightly misleading at first pass. This is what Mix said (we'll also be embedding the video below queued up to the relevant section of the interview):

"Baby Got Back has made a lot of money bro. I mean because, I believe, first of all, why own your publishing if you're not willing to leverage it? The reason you own publishing is because as you get on in your career, you can still monetize those tracks, #1, and #2, you can continue to record music with integrity. So in other words, I can get into the studio, and I'm doing a new record now, and I could give a shit less who buys it! Because I make money off my publishing… So that's the luxury you get from owning your publishing and, more importantly, using it properly… tens of millions would be low."

The interviewer then asks: "So Baby Got Back has made over $100 million?"

"Oh ya. It's definitely made over a hundred million dollars. I can definitely tell you that. I just look at my lifestyle, and where it's been since 1992… and it hasn't fallen off."

Intentionally or not, Sir Mix-a-Lot basically just implied that he personally earned $100 million off BGB. And even if that really was not his intention, tons of people interpreted his statements that way and proceeded to email us because they felt it proved our net worth number for him, $10 million at the time, was way off. How could Sir Mix have burned through $90 million???!!!

So did Sir Mix-a-Lot make $100 million off BGB? No. Did he make a whole lot of money? Yes. Did the song generate over $100 million in gross revenue? Certainly possible, likely probable.

Whenever we talk about earnings from the music business, we have to keep in mind that record royalties are often a very complicated equation. A song's royalties and revenues flow to many different rights holders that usually includes a performer, songwriter, producer and a record company at a minimum. I learned a lot about royalties from a friend who worked dealt with music rights distribution at one of biggest music labels for over a decade. I reached out this week to get his opinion on Sir Mix's income stream over the last 22 years. He asked to remain anonymous, but here's what he had to say:

"Mix's label, Universal Music Group (UMG), probably owns the master which would give them the right to the majority of record's revenue. In order for Sir Mix to make the kind of money he's implying in that interview, he would have to own both the master AND the publishing rights outright. This is not impossible, but it's probably very unlikely. Also, keep in mind that Baby Got Back is built off a sample of the song "Technicolor" by the band "Channel One", so whoever owns that song's rights is definitely getting a getting a generous cut of all royalties. The only way Mix could have avoided this would be if he somehow got Channel One to take a flat fee for their rights instead of cut, which again is not impossible but pretty unusual."

"Under the typical ownership arrangement, assuming the song generated $100 million in gross revenue, Mix's take from that would be $23 million AT BEST and $8 million AT WORST. Considering what Mix implied in the interview, he probably splits 50/50 with UMG for administration on the publishing. Using the $100 million number again, MAYBE he's made $40 million AT MOST off that one song. But keep in mind, all these numbers are before fees are paid to agents, managers, lawyers, and production/marketing." 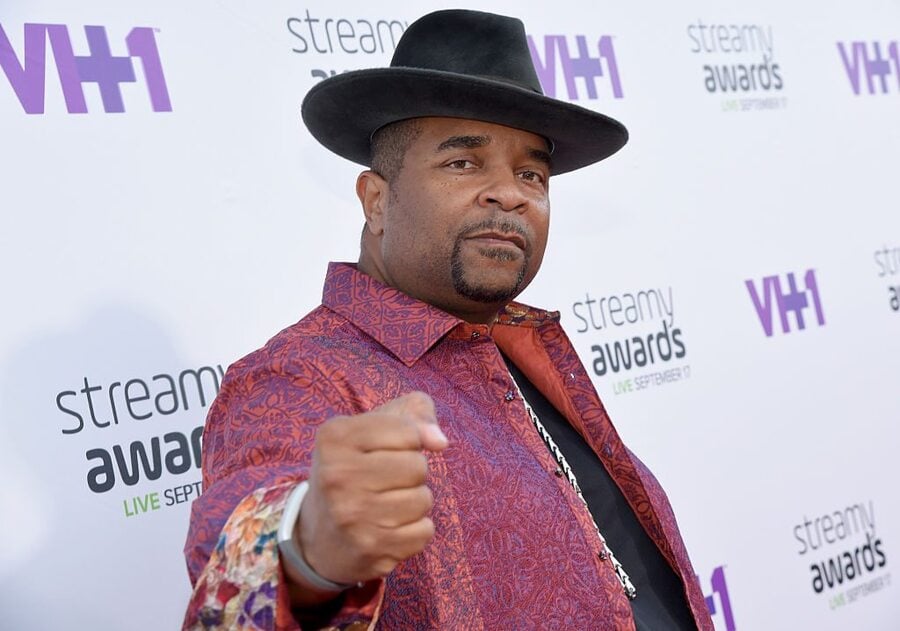 Every Breath You Take, Every Butt You Shake:

To help fill in some information gaps, we can compare BGB to the 1983 song "Every Breath You Take". Even though the song is technically from The Police, the band's lead singer Sting is the sole writer and rights owner. As you probably know, in 1997 Puff Daddy sampled Every Breath for his Notorious BIG tribute track "I'll be Missing You". Unfortunately for Diddy, no one from Bad Boy Records thought to secure Sting's permission to sample the 1983 pop song for the updated 1997 remix. Had Diddy asked permission first, he likely would have been required to hand over 25% of I'll Be Missing You's publishing royalties to Sting. By forgetting to ask permission before the song was released, Sting was able to demand and receive 100% of the remix's publishing royalties.

"Ill Be Missing You' went on to become the number one selling single OF ALL TIME. Subsequently, Sting still earned approximately $20-40 million from the remix, according to his own business manager. The business manager claims that, to this day, Sting earns an estimated $2000 per day in royalties from the track. That works out to $730,000 a year.

Based on this rough comparison, it's probably safe to say that Sir Mix-a-Lot is still earning a lot of money off BGB. It's probably safe to say he's earning somewhere between $500,000 and $1 million in passive royalty income alone, every year. Plus let's assume Mix's total revenue earned is between $10 and $40 million. That's a lot of money, even after taxes. Based on this information, we actually just adjusted out net worth estimate for Sir Mix up to $20 million from $10 million.

Absolutely, but probably not to the degree that Puff Daddy boosted Sting. First off, unlike Bad Boy Records, one must assume that Nicki's record label got permission for the sample in advance. That would likely entitle Sir Mix to a 25% cut of the profits. Secondly, one major disadvantage "Anaconda" has in terms of royalties is the fact that people dont actually buy albums anymore. Thanks to Spotify and Pandora, many of us dont even buy singles off iTunes anymore. As you may have heard, the record business is in the midst of a fundamental shift in business models. To make up for the lack of record sales, artists today make the majority of their money from touring. Sir Mix will still earn a nice chunk of change from anytime "Anaconda" is played on the radio, performed live, used in a movie, but nothing quite compares to the old days of people spending $18 for a CD.

In fact, if "Baby Got Back" was released for the first time today, there's no way it would ever be able to generate $100 million in revenue over the next 20 years. For the few months that song was popular, some people would buy it on iTunes, with Apple taking a 30 cent cut. Some people would stream it on services like Spotify and Pandora, which pay artists fractions of a fraction of a penny. Some people would only ever experience the song on Vimeo and Youtube, which pays slightly better than Spotify but it's still not a needle-pushing amount of money after everyone (Google, the music label, the songwriter and performer) get their cut.

So there you have it. Everything you could have ever wanted to know about Sir Mix-a-Lot's personal finances. The better question is: How are you gonna make a Baby Got Back-sized fortune in your lifetime??