MrBeast Is Looking To Raise $150 Million For His Empire, At A $1.5 BILLION Valuation!

By Joseph Gibson on November 2, 2022 in Articles › Celebrity News

In what would be a huge leap forward for so-called "influencers" in the business world, YouTube star turned entrepreneur MrBeast, real name Jimmy Donaldson, is seeking $150 million in funding for his own business. He's seeking to raise that $150 million at a price that would value his enterprise as a whole at $1.5 billion, according to a report from Axios. If that valuation actually comes to be, it would be the first influencer-led business to cross the billion dollar valuation mark.

MrBeast is already known as the world's richest YouTuber, and his business empire spans far beyond the viral videos and stunts that make up his extremely popular YouTube channel. He has several other YouTube channels, all with between 16 million and 29 million subscribers (and counting), plus a burger delivery business (with one brick-and-mortar restaurant location) called MrBeast Burger, and the snack brand Feastables. He's even reported to be working on a Netflix series. 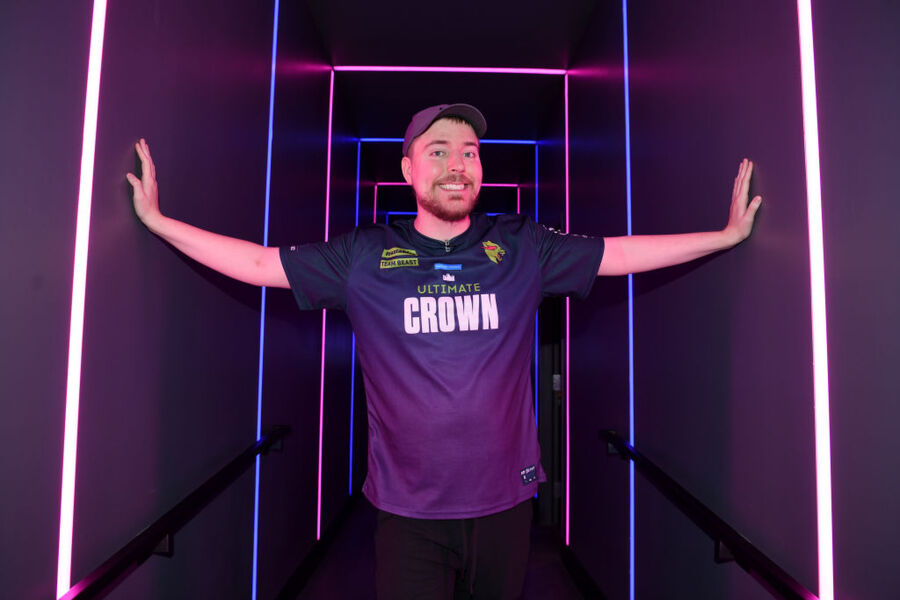 Now, three sources close to MrBeast say he is looking for major funding from the investment world to expand his personal brand even further, with an eye towards additional restaurants and more merchandise.

The precise structure of the proposed investments isn't known as of yet. The $1.5 billion valuation would be the first institutional investment in the whole MrBeast portfolio, but he has had some success getting funding for one of his individual business ventures in the past, having raised $5 million in capital for Feastables at a valuation of $50 million early this year. One source says that Feastables is a smaller company than MrBeast Burger but much more profitable, with tens of millions of dollars in revenue expected over the course of 2022.

MrBeast makes a tremendous amount of money from advertising on YouTube, but a $1.5 billion valuation of his business empire would be an entirely new stratosphere for the 24-year-old internet star.