The debate over whether the NCAA should pay its student-athletes is one that has gone on for a long time, though it's certainly picked up steam in the past couple of years. You may recall the battle between Ed O'Bannon and the NCAA about using likenesses of players in NCAA-branded games. On a related note, you may also have noticed that there was no collegiate video game released this past year–in any sport. O'Bannon appealed the case on Tuesday, trying to get some sort of justice for his fellow former and current NCAA athletes.

More recently, John Oliver did a hilarious segment on the NCAA, showing numerous clips of President Mark Emmert claiming that these are "amateurs" and "students, not athletes," in attempts to justify why they don't get paid.

So, would it shock you to find out over one-third of all the teams that made the NCAA Tournament this year actually didn't make any money last year?

Five of the tournament teams for this year actually reported negative net losses for the 2013-14 season. West Virginia lost the most at $2.2 million, with Notre Dame right behind them at $2 million. Oklahoma State, Davidson and UC Irvine also said they lost money last year.

Georgetown, Cincinnati, St. John's and Baylor all reported spending as much money as they made, earning exactly zero dollars. Every No. 15 and 16 seed reported the same. Butler put them to shame, turning a whopping $1 in profit. 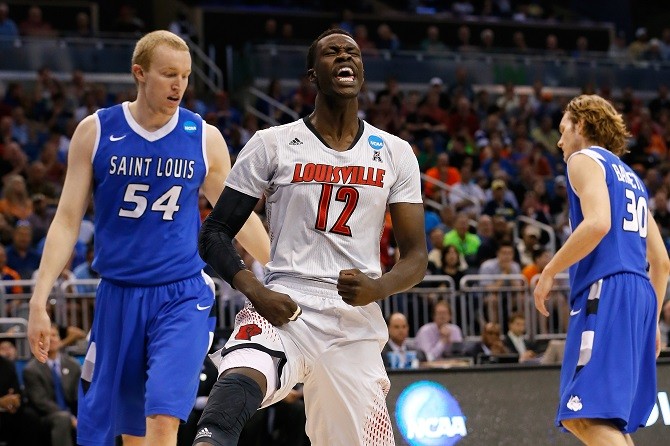 Of course, some slight caveats exist. These are teams producing their own spending habits as part of Equity in Athletics reporting, which is required for any school that receives financial aid. And teams can spend rather lavishly, especially bigger programs that have seen a lot of success. In Oliver's video, for example, the practice facility for Alabama football was shown. It featured big screen TVs, video arcade systems, and both a hot and cold pool for rehabbing sore muscles.

Alternatively, Cincinnati's athletic director Mike Bohn said that while the numbers are accurate, indicating zero profit doesn't necessarily mean the school is in dire straits. He claimed that the Bearcats set a 10-year high for attendance and saw a 35% increase in total sales. While that leads to more revenue, Cincinnati also spent more money on making things better for their student athletes, according to Bohn. Players might get better food or get to fly first-class on charter flights, as a kind of perks system for the revenue they bring in.

Schools can also file data in non-uniform ways. For instance, a university can attribute various revenues to different programs–it might say their basketball team made a certain amount of money from sponsorships or TV revenue, when they actually made more or less than that figure.

We'll give a shout out to the moneymakers, too. Here's a list of the Top 10 most profitable teams in this year's tourney: