How Much Money Did Larry Ellison Make Last Year?

By Brian Warner on September 24, 2012 in Articles › Celebrity News

How much money did Oracle CEO Larry Ellison make in the fiscal year 2012? Oracle just filed a report with the Securities and Exchange Commission outlying Ellison's entire lucrative compensation for the year, and it's impressive. Ellison is currently the sixth richest person in the world with a net worth of $41 billion. He is also frequently one the highest paid CEOs in the world which he might actually deserve considering Oracle's net income rose 17% during a recession year.

For the fiscal year 2012 which just ended for Oracle, CEO Larry Ellison was paid $96 million. That represents a 24% increase over his 2011 income of $77.6 million. Interestingly, Larry's base salary is just $1 per year, so the $96 million comes from option grants and other perks. According to their SEC filing, Ellison was granted $90,693,400 worth of Oracle options in 2012. He was also awarded $3.9 million in executive incentive compensation (bonuses). Finally, Oracle paid $1.548 million for Ellison's personal security and transportation. 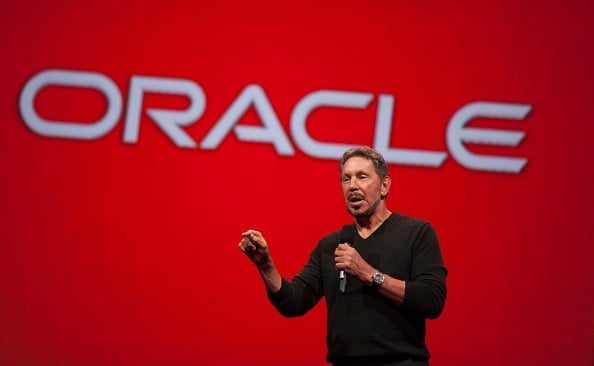 In addition to taking home $96 million in salary, Ellison's total net worth increased 24% in 2012 from $33 billion to $41 billion thanks to Oracle's strong stock performance. Today Larry is the sixth richest person in the world behind Ingvar Kamprad (Ikea founder $43.5 billion), Warren Buffett ($48.1 billion), Amancio Ortega Gaona (Spanish founder of clothing retailer Zara, $53.1 billion), Bill Gates ($64.8 billion) and Carlos Slim Helu ($74.5 billion). A $41 billion net worth makes Larry Ellison the third richest person in America. Not bad for a guy who did not even graduate from college!

What would you do if you made $96 million a year?