How Much Money Will Lance Armstrong Lose From His Scandals?

By Brian Warner on January 17, 2013 in Articles › Celebrity News

***Update*** On January 14th, 2013, Lance Armstrong reportedly confessed to Oprah Winfrey that he did indeed use performance enhancing drugs and other tactics to win the Tour de France seven times. Lance's admission could have far reaching financial ramifications for the cyclist. Lance has won several lawsuits against media outlets who claims he cheated, he also won millions of dollars in prizes that he may need to return. More info as it comes in, here's is our original coverage from back in October:

It's been a rough week for Lance Armstrong and the bad news doesn't appear to be stopping any time soon. First, the US Anti Doping Agency found Armstrong guilty of operating "the most sophisticated, professionalized and successful doping program" in cycling history. Following the USADA announcements that it had "overwhelming evidence" of his rampant steroid use, Lance started losing sponsors left and right. Not only does Lance stand to lose tens of millions in future endorsements but he will also likely be forced to pay back millions in prize money. But exactly how much money will Lance Armstrong lose from these steroid scandals? 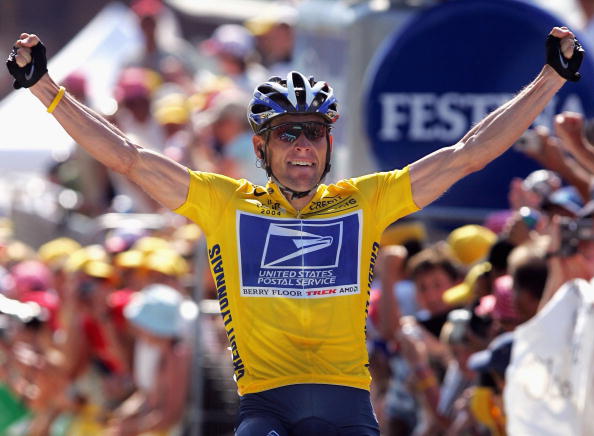 In the wake of the USADA's report Lance Armstrong was dropped by every single major sponsor including Nike, Annheuser-Busch, Radio Shack, Oakley and Trek Bicycle Corp. Armstrong also lost several lesser known endorsement deals and will unlikely be commanding six figure speaking engagements or appearance fees anytime soon. The loss of these endorsement deals are expected to cost Lance $75 million over the next few years alone.

In addition to losing out on endorsement dollars, this morning the International Cycling Union announced that they were stripping Lance of all seven of his Tour de France victories. This latest blow will likely mean that Lance will be required to pay back $4 million in prize money he earned for those victories. As if that wasn't painful enough, with each Tour victory, Lance also received performance incentive bonuses from his US Postal Team. In total, Armstrong received $7.5 million between 2002 and and 2006 in bonuses which were paid out by a Texas based insurance company called SCA Promotions. SCA Promotions sued Armstrong back in 2005 over $5 million they refused to pay amid his steroid allegations. They ended up losing the lawsuit and had to pay the full $5 million plus another $2.5 million in damages.

So in the short term, Lance is likely going to have to pay back $12.5 million in bonuses and prize money. Plus he will lose a minimum of $75 million in short term endorsement dollars. But the real blow to Armstrong's wallet will happen in the long run since his reputation as a champion and philanthropist has been decimated. It's conceivable that over his lifetime, Lance Armstrong will lose hundreds of millions of dollars personally. Fortunately his net worth today is still hovering around $125 million, so he should be able to weather the storm and still have lots of dough. Just might not have very many friends to spend it with.

How do you feel about Lance? What do you think will happen to his Livestrong foundation?