Mitt Romney Reveals How Much Money He Made in 2011

By Brian Warner on September 21, 2012 in Articles › Celebrity News

Republican Presidential candidate Mitt Romney has finally buckled under the pressure and released his 2011 tax return. So how much did Romney make in 2011? And how much did he pay in taxes? Months ago Romney was required to reveal his approximate total net worth, but there is no rule forcing him to disclose his most recent yearly income. His critics have been rallying the former Governor of Massachusettes to disclose his tax returns amid rumors that Romney uses overseas shell corporations to hide assets and avoid paying taxes. Today, after much speculation and anticipation, we finally get to see how much dough Romney pulled in for 2011… 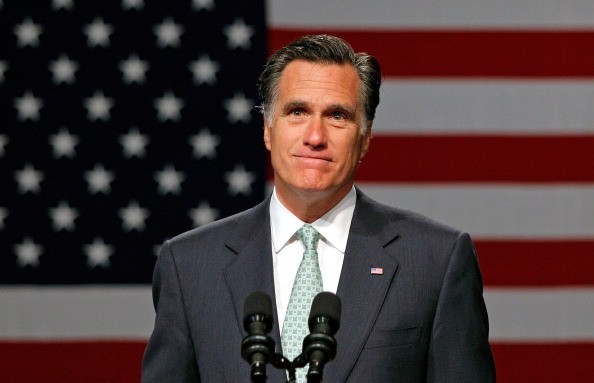 How does Mitt Romney pay a 14% tax rate when most high earners pay closer to 35%? Currently, as we mentioned earlier, most of Mitt's income is from capital gains investments which are taxed at a much lower rate. For example, if you buy a stock and sell it a month later for a $1000 profit, you could pay as much as 35% ($350) in taxes. If you hold on to that same stock for longer than a year, you pay just 15% ($150). That's a $200 savings on a $1000 profit. Romney's accounting firm Pricewaterhouse Coopers also announced today that in the last 20 years Romney has paid an average tax rate of 20% and that his rate has never been lower than 13.66%

Mitt Romney's $250 million net worth makes him one of the richest politicians in the world and by far the richest potential President in American history. Romney made his fortune as the founder of leverage buyout firm Bain Capital. A leverage buyout firm uses massive amounts of debt (money borrowed from banks) to buy up companies and try to flip them for a profit. For example, imagine a popsicle company that is currently traded on the public markets and is valued at $100 million. A leverage buyout firm (LBO) would put up 20% of its own money and borrow another $80 million from various banks to buy all the shares of the popsicle firm. Then the LBO company would try to either increase sales or cut costs in order to increase the value of the company from $100 million to $200 million. If they are successful, an LBO company like Bain Capital makes a killing. Unfortunately, many LBOs are criticized because frequently, in order to cut costs, they layoff workers and close factories. By the time Romney retired from Bain Capital, the company had over $4 billion in assets and Mitt had taken home a personal fortune in the hundreds of millions.

What do you think of Mitt Romney? Do you think he would make a good President?