By Joseph Gibson on March 2, 2018 in Articles › Celebrity News

The question of a new book by former First Lady Michelle Obama was always one of "when" rather than "if," and in a recent tweet, she teased details on her upcoming memoir. It's entitled Becoming, and the figure being reported by multiple outlets is that the deal to write it is worth $30 million. In the tweet, Obama revealed what readers will see in Becoming when it comes out in November:

"Writing BECOMING has been a deeply personal experience. I talk about my roots and how a girl from the South Side found her voice. I hope my journey inspires readers to find the courage to become whoever they aspire to be. I can't wait to share my story."

Obama herself will also narrate the audiobook version of her book, which will be translated into 24 different languages for publication worldwide, according to Crown Publishing Group, which went on to promote the book in a press statement:

"In her memoir, a work of deep reflection and mesmerizing storytelling, Michelle Obama invites readers into her world, chronicling the experiences that have shaped her – from her childhood on the South Side of Chicago to her years as an executive balancing the demands of motherhood and work, to her time spent at the world's most famous address." 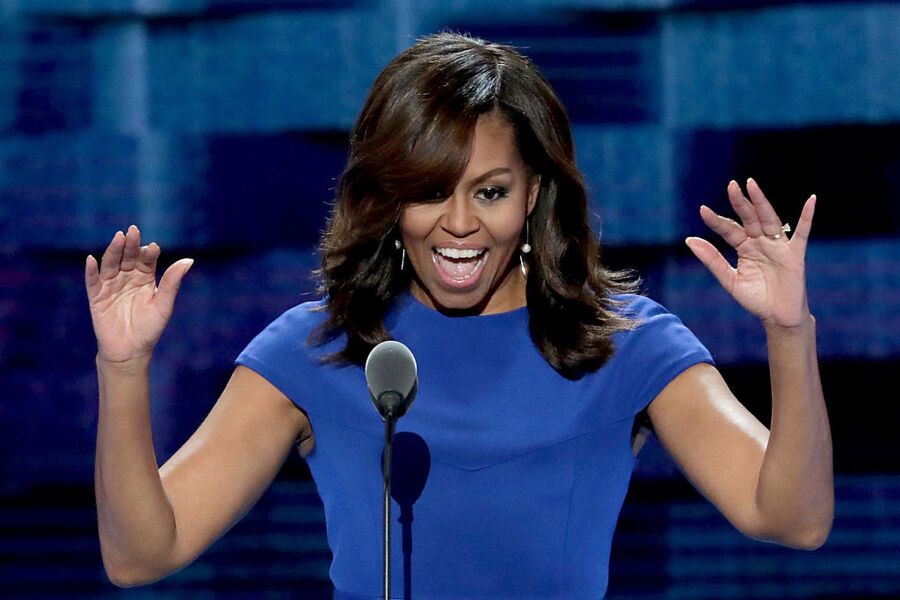 The hard sell from the publisher probably isn't necessary in this particular case, though, since the first memoir ever written by Michelle Obama is almost certain to be a big hit and an important cultural publishing event, to boot. Somewhat surprisingly, it's taken her this long to publish any kind of book-length personal account of her story. In fact, she's only written one book at all previously, the 2012 gardening book American Grown.

In any event, Becoming by Michelle Obama is scheduled to come out on November 13th.