Actress Mena Suvari is doing OK for herself, with a net worth of $17 million. Unfortunately, her soon-to-be ex-husband Simone Sestito has been a little less lucky. According to the paper work filed by Sestito amid their impending divorce, Sestito is way in the red on both his personal and business-related accounts, and has had to resort to credit cards and loans from his parents to pay off his bills.

So, as part of his divorce litigation, he's asking for a little over $17,000 a month, plus an additional $10,000 for the legal fees he's accrued in the divorce. He says that Suvari has an annual income of about $750,000 a year, and that the income disparity in light of their divorce means he's entitled to that healthy monthly sum. 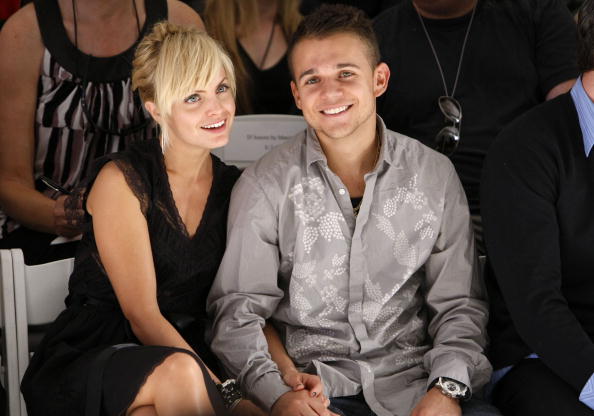 But that $17,151 a month isn't just for Sestito to clear up his debts and pay his bills. He says in the paper work that he has grown accustomed to dining out "almost everyday at high end restaurants" and since he wouldn't be able to afford such a lifestyle after a divorce, it's up to Suvari to handle the estimated $3,000 per month that Sestito spends on eating out.

There has not been a ruling yet on the case from a judge, nor has Mena Suvari made any kind of public statement,but one of her attorneys has chimed in on Sestito's choice to file suit like he has: "It is unfortunate that Simone has chosen the spotlight of litigation over the privacy of mediation." Still, Sestito (or his lawyer, anyway) probably knows what he's doing, and considering the confluence of both his dire financial straits and Suvari's healthy income (including a commercial and ad promotion for Captain Morgan that made her $225,000) means that Sestito could just maybe get what he's asking for – or something fairly close.