By Brian Warner on October 23, 2014 in Articles › Celebrity News

A little over a month after the untimely death of legendary comedian Joan Rivers, we're now learning some interesting details about the future of her surprisingly large estate…

If you'll recall, Joan checked into a New York City surgical center on August 28 to undergo a routine throat procedure. During the procedure, something went horribly wrong and Joan stopped breathing for over a minute. The resulting lack of oxygen to the brain proved to be impossible to recover from. Tragically, Joan's family was forced to remove her from life support one week later, on September 4th. She was 81.

Joan had an impressive career filled with extreme highs and extreme lows. She first started to make a name for herself with appearances on "The Tonight Show with Johnny Carson" and "The Ed Sullivan Show" in the 60s and 70s. By the mid-80s, she was hosting "Saturday Night Live" and had received a Grammy nomination for one of her comedy albums. Joan was on track to be Johnny Carson replacement on The Tonight Show upon his retirement, but after Joan was given her own competing late-night talk show on FOX, the two had a bitter falling out and never spoke again.

After the fallout with Johnny Carson, Joan's career was left in shambles. Her husband had also mismanaged her money and ended up committing suicide in 1987. Shortly after, Joan was forced to file for bankruptcy. 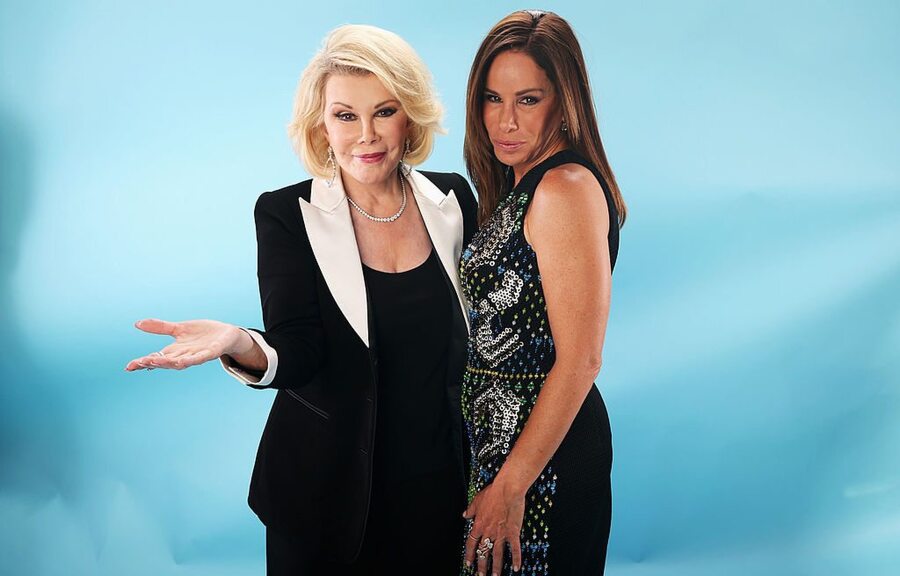 Over the next two decades, Joan mounted a remarkable career resurgence. She was mostly famous for her red carpet specials and fashion shows on the E! network. Joan's biggest source of income outside of TV hosting came from her QVC clothing and jewelry lines. Between her various hosting duties and QVC royalties, Joan was known to earn as much as $50 million per year.

At the time of her death, Joan Rivers was worth an impressive $150 million. Earlier today, it was revealed that Joan's will left approximately $125 million of her estate to her daughter Melissa Rivers. The majority of the bequest is made up of $75 million in CASH and a $35 million New York City penthouse. Joan also set aside an undisclosed amount of money for her 13 year old grandson Cooper.