According to recent documents filed by singer/songwriter Melissa Etheridge's ex-wife Tammy Lynn Etheridge, the $23k that she's getting for child and spousal support just isn't cutting it. She might have a point: According to the actress, there's a big discrepancy in the two's disparate financial situations: The settlement filing states that Melissa "has extensive resources at her disposal and a tremendous earning capacity" and that Tammy Lynn "has limited income and virtually no savings." 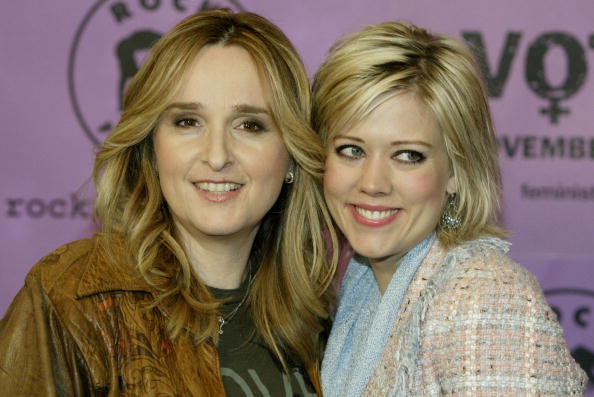 Contrary to what the documents might suggest, Tammy Lynn has had some success in the field of acting under the name Tammy Lynn Michaels. She was a member of the WB Network comedy/drama Popular and has made appearances in several TV shows such as The L Word and Committed, some of which capitalize on her status as something on an icon in the gay community.

And Michaels has already begun to make a return to the world of acting, after taking a break to concentrate on motherhood. She's slated to appear in an upcoming romantic comedy entitled Nicest Thing. But she is still apparently in need of extra funds – here are some numbers: Tammy Lynn claims that while she was with Melissa Etheridge, the two had a monthly income of about $178,000 per month and a standard of living of around $128,000 a month.

No word yet on how this is going to shake out, but hopefully all the parties involved will be able to reach a satisfactory agreement without having to get into a heated court battle or anything like that.