By Joseph Gibson on October 3, 2016 in Articles › Celebrity News

Melanie Hamrick is expecting a baby, which probably wouldn't be big news outside of the ballerina's family were it not for the identity of the father who is Rolling Stones frontman, Mick Jagger. Details on the financial arrangement reached by the casual couple were recently made public, and they make it clear (as if there were any doubt) that Mick and Melanie's baby won't be financially wanting despite their having declined to tie the knot.

Jagger has promised – in a legally binding fashion – a generous allowance of up to $15,000 a month for Melanie and the baby until the latter is grown. Jagger has also agreed to pay for a house either in Los Angeles close to where he lives, in Connecticut close to Hamrick's family, or wherever she decides to move with the child. The arrangement is similar to a deal made between Jagger and Luciana Gim­­enez, who gave birth to son Lucas in 1999, and an anonymous source had this to say about the relationship between Jagger and Hamrick and Mick's responsibilities as a father:

"Mick has always taken his responsibilities seriously, his child with Melanie will be no exception. They're not in a serious relationship but they're both happy and remain very close. This gives Melanie and the baby the assurances they need. She'll get a substantial allowance and Mick will pay for housing wherever Mel­­anie decides is best." 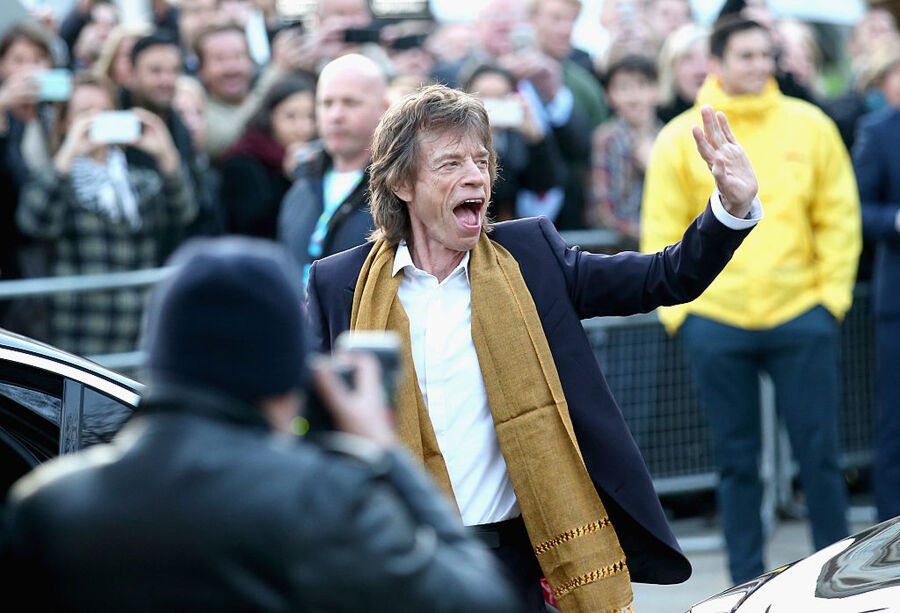 It seems like a pretty agreeable arrangement for everyone involved, especially since with a net worth of $360 million Mick Jagger can afford to keeping on making babies for as long as he wants to. But according to a recent quote from Gimenez, Jagger has more than just money on his side in the fatherhood game:

"He loves all his kids, he's so close to them all. Money can cause trouble if you give your kids too much. Happiness is from within."

Mick Jagger and Melanie Hamrick's baby is due in December.