By Marvin Jules on February 9, 2017 in Articles › Celebrity News

Last August, the Daily Mail ran a story online that stated, among other things, that First Lady Melania Trump worked as an "elite escort" in the "sex business" while she was a model during the 1990s. The story was later retracted by the publication, but from the First Lady's perspective, the article had already done significant damage. As a result, she filed a lawsuit back in September, seeking $150 million in damages. While some may have thought that the lawsuit was simply a deflection tactic used by Trump in order to help bolster her husband's appearance during the campaign, the First Lady's decision to refile the lawsuit this past Monday proved that she is taking this matter very seriously.

Melania Trump refiled the defamation lawsuit against the Daily Mail Monday in New York. The lawsuit claims that the publication hindered her from pursuing a "once-in-a-lifetime" opportunity to "launch a broad-based commercial brand." According to Trump's lawyers, the story "caused tremendous harm to [Melania's] personal and professional reputation, for which she seeks compensatory and punitive damages of $150 million."

The case further states that the First Lady "had the unique, once-in-a-lifetime opportunity, as an extremely famous and well-known person, as well as a former professional model, brand spokesperson and successful businesswoman, to launch a broad-based commercial brand in multiple product categories, each of which could have garnered multi-million dollar business relationships for a multi-year term during which Plaintiff is one of the most photographed women in the world." 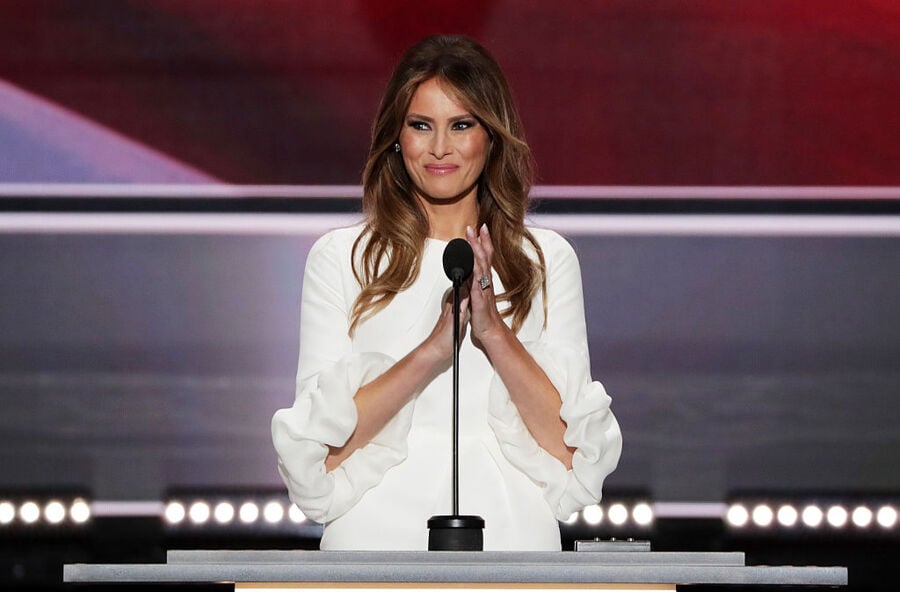 The case also says that the "product categories would have included, among other things, apparel, accessories, shoes, jewelry, cosmetics, hair care, skin care, and fragrance."

Mrs. Trump's lawyers state that they want the case to be heard in front of a jury.

And this isn't the only lawsuit that the First Lady filed as a result of what she claimed to be false allegations. Trump sued Maryland-based blogger Webster Tarpley back in September as a result of a post in which he claimed that the First Lady is "obsessed by fear of salacious revelations by wealthy clients from her time as a high-end escort." Trump's attorneys said in a statement earlier this week that Trump and Tarpley reached a settlement in which the 70-year-old blogger "agreed to pay [Melania] a substantial sum as a settlement."