By Joseph Gibson on November 7, 2015 in Articles › Celebrity News

Barry lives where you would pretty much expect the most successful male Britney Spears impersonator to live: Las Vegas, which partially explains how he's managed to eke out such an impressive living, since his humble beginnings, when he made $60 or less per show in various nightclubs. But even in Sin City, it's not cheap to impersonate Britney Spears – Barry estimates he's spent around fifty grand on costumes and wigs alone, which doesn't factor in the intense physical regimen he requires to maintain a Spearsian physique. 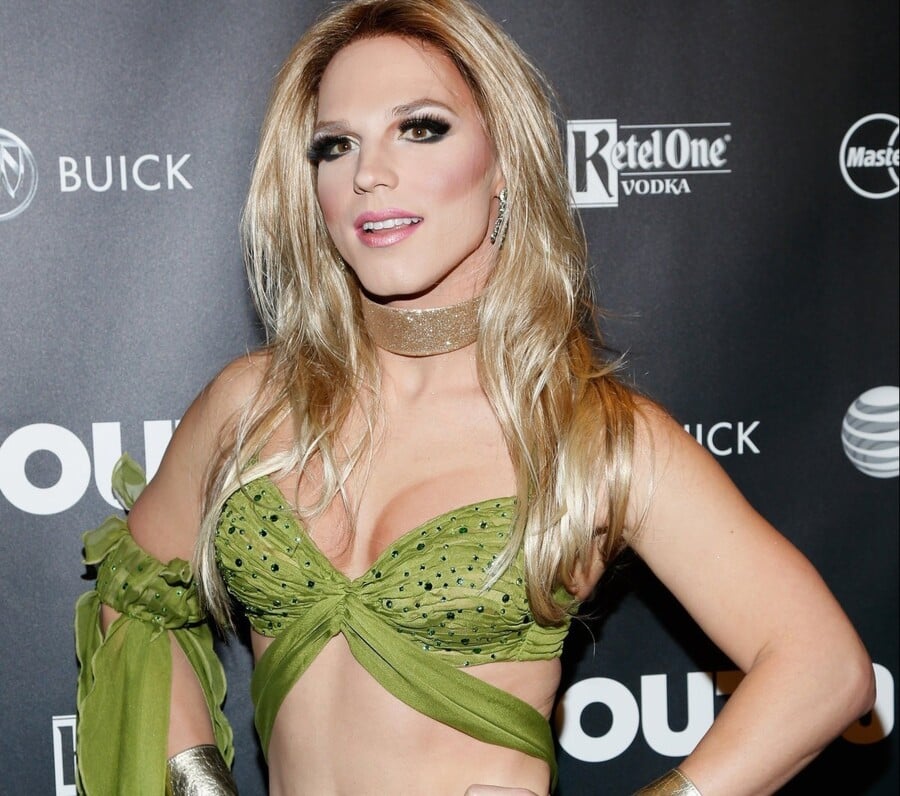 It all started for Barry when he was 15 years old (he's now 31), at the height of Britney Spears' pop star fame. As the story goes, he saw her performing on MTV and was transfixed, seeing her in concert for the first time in 2002. But it wasn't until he dressed up as Spears for Halloween the following year that Barry noticed just how strikingly similar his physical resemblance really was to Britney's, a resemblance that the gender line standing between them was powerless to hold back.

At that point, what started as a Halloween costume, continued for days afterward, as Barry made more and more refinements to his Britney Spears look and more and more people started to notice his twinning of the star. Some of those people were just passersby on the street, but at a taping of an episode of Jay Leno's talk show (featuring Britney Spears as a guest), a producer for the show noticed him and gave him what might be considered the turning point of his life. When Spears was on stage, Barry was pointed out to his idol, and even she was struck by how similar he looked while in costume. From there, Barry began to pursue a career in the field of Britney Spears impersonation, and as a recent feature in The Daily Mail attests, he's now one of the most successful people in that field. Not long after that, he got his big break in a Vegas show called La Cage, which features an array of celebrity look-alikes and employed Barry for five years, during which time he earned a respectable (but not glamorous) $40,000 a year for an arduous, 6-night-a-week schedule.

A high-profile appearance on America's Got Talent (see above) increased his visibility even more, and now his main business model is to follow Britney Spears whenever she's on tour, as he explained in a recent interview that says it all:

"Now whenever Britney is on tour, I also follow her tour dates around the US and do my own tour… People are convinced I am the real Britney when they see me. And even when I'm not wearing make-up, people say we are alike. But unlike Britney, underneath my sexy outfits I am all man."