By Alyssa Camparo on September 2, 2016 in Articles › Celebrity News

Those three little words – sometimes you'll do just about anything to hear them said. In 2003, desperate to reach young American consumers, McDonald's paid Justin Timberlake an estimated $6 million to tell America "I'm Lovin' It" and a total of $1.37 billion to launch the catchy ad campaign.

According to Pitchfork, the song was no ordinary jingle. It was actually a Timberlake song credited to advertising and music industry executives, Tom Batoy, Franco Tortora, Pharrell Williams, and Heye & Partner's creative director Andreas Forberger. The Neptunes, the duo of Pharrell and Chad Hugo, produced the track and the video was directed by Paul Hunter, who also oversaw the visuals for "Señorita," from Timberlake's first solo album Justified in 2002. 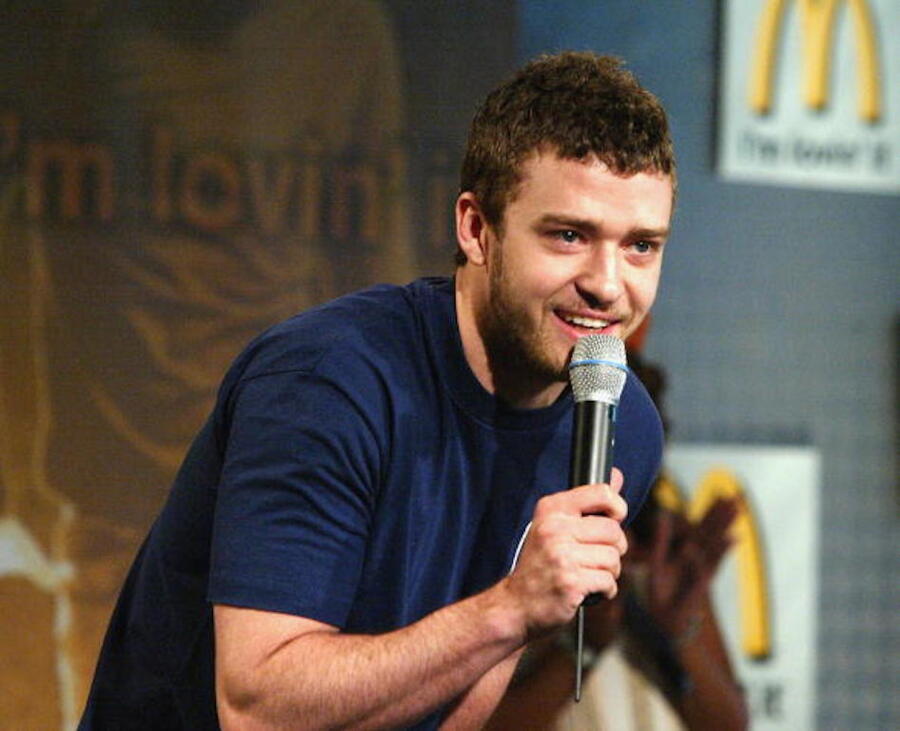 The heavy hitters ensured the song was widely received. In Belgium, a three-song I'm Lovin' It EP hit the No. 1 spot. In August, MTV News reported that I'm Lovin' It was scheduled for an early release since it had already been leaked to the radio and the internet in advance of Timberlake's second solo album.

McDonald's was hardly mentioned as the song blew up. Steve Stoute, a music industry veteran and marketing executive who introduced McDonald's to Timberlake, described the approach as "reverse engineering." By "first putting it in a pop culture form that isn't connected in any way to the brand," it boosts the credibility of the brand's message. This happens with movies too. Pitchfork pointed out that Timberlake released his Tolls soundtrack selection before the movie hit the theaters.

In September, after the song had time to marinate in the public ear, McDonald's announced the U.S. commercials with cameo appearances and vocals from Timberlake. The jingle was a huge success for the company that had struggled to connect with its changing American consumer base.

The partnership with McDonald's was also huge for Timberlake. The company sponsored Timberlake's European tour and the added publicity was likely helpful for the new solo artist. The $6 million paycheck didn't hurt either. Interestingly, however, Timberlake told British GQ in 2007 that he regretted the McDonald's deal.

As the co-owner of a string of restaurants, maybe Timberlake changed his taste in food endorsements.