By Joseph Gibson on June 3, 2019 in Articles › Celebrity News

Zion Williamson isn't even technically an NBA star yet, as the Duke star is still only the presumed number 1 draft pick with the NBA Draft, which is still weeks away. But he's already found himself within walking distance of a plum endorsement deal and a movie role to boot, courtesy of father-and-son team Master P and Romeo.

P (with son Romeo right next to him) recently told TMZ Sports that as long as Williamson indeed makes it onto the New Orleans Pelicans as he is presumed to be doing, he'll be offered $20 million to endorse and wear MoneYatti shoes. But P isn't kidding himself about his relatively new and small brand's ability to compete with big dogs on the court like Nike or Adidas:

"I know Zion gonna get a big shoe deal from Nike or Adidas or whatever. We gonna get him a deal just to have to wear shoes outside of basketball… Just to wear it on the side, not in the game, I'm saying $20 [million]."

That's good money for sure, but it's likely to be a drop in the bucket compared to the avalanche of big money coming Williamson's way, as soon as he and his family decide on an agent and sign onto the team. Then, he could expect to pull in profits in the ten figures from various shoe deals, and that doesn't include his actual Pelicans salary or any other endorsement contracts he signs. 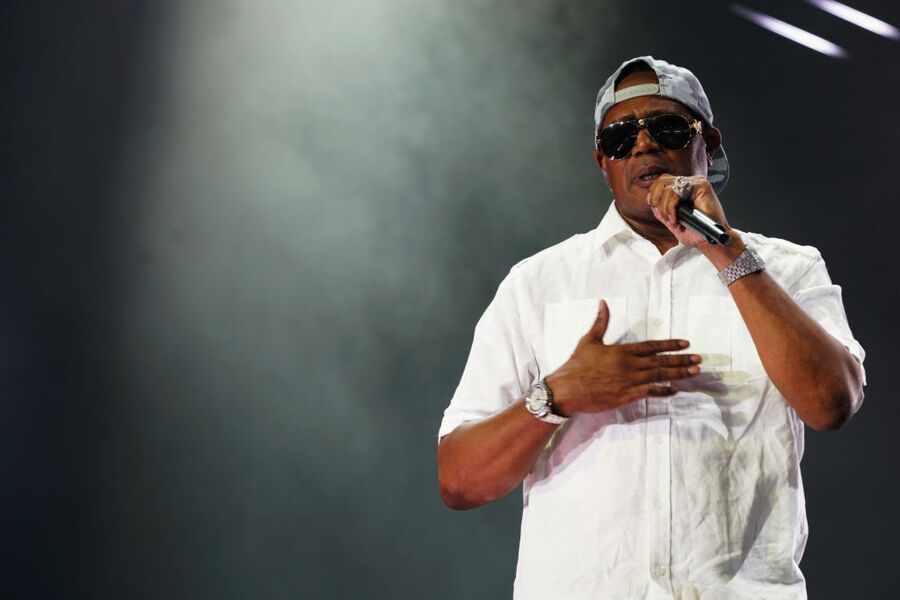 And that, as they say in the business world, isn't all. Master P also expressed an interest in casting Williamson in his upcoming film I Got The Hook-Up 3:

"I have a beautiful idea, we need to get Zion in I Got The Hook-Up 3… I'm not worried. I can teach him how to act."

It's clear that P is one of many who sees big things in Zion Williamson's future, also saying in another TMZ piece that Williamson will "be bigger than Michael Jordan." The similarities between the two players, he says, are obvious:

"Think about it: When Jordan first came out of college everyone had to have his jersey. Everyone wanted to be like Mike. Come to New Orleans, they gonna wanna be like you Z."

And now, everyone in the basketball world – including Master P – will wait to see exactly what Zion Williamson will do next.