By Marvin Jules on February 5, 2016 in Articles › Celebrity News

Disgraced former pharmaceutical executive Martin Shkreli has been in a whirlwind the past few months.  Most people were introduced to the 32-year-old through Turing Pharmaceuticals, a company he headed at the time, where he raised the price of the drug, Daraprim, from $13.50 a pill to a whopping $750 a pill, in September. Soon after, it was revealed that he paid $2 million for the Once Upon a Time in Shaolin Wu Tang Clan album. Then, in December, Shkreli was arrested for securities fraud, before being released on $5 million bond, using an E*Trade account, which was valued at the time at $45 million. Fast forward to the present, and Shkreli may be in some trouble now, over the assets (or lack thereof) currently his E*Trade account.

Shkreli's E*Trade account, which consisted primarily of shares of KaloBios Pharmaceuticals, a drug company that the 32-year-old briefly ran, suffered a roughly $40 million drop in value since he posted bond in mid December. KaloBios filed for bankruptcy in December, which significantly affected the equity value of Shkreli's E Trade brokerage account. Shkreli's account is now worth roughly $4 million to $5 million, according to Assistant U.S. Attorney, Winston Paes. 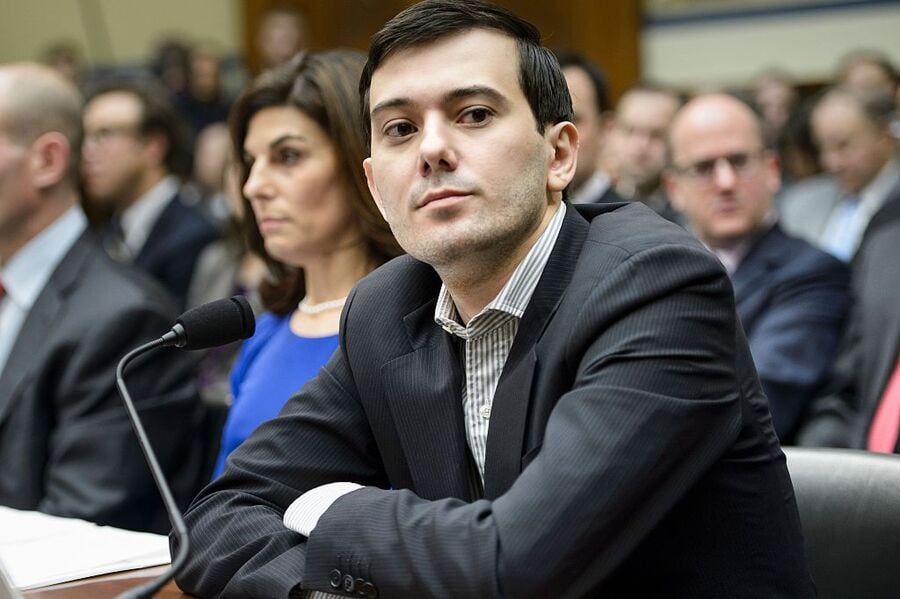 What happens to Shkreli now? According to Paes, Shkreli may have to post new assets in order to secure his $5 million bond. If he is unable to do so, he will have to go back to jail. According to Shkreli's new lawyer, Benjamin Brafman, Shkreli's indictment was the cause of the massive dip in value. Said Brafman:

"There's nothing like an indictment to affect the price of shares even if the shares have significant value."

Shkreli's charges stem from an alleged scheme he orchestrated, in which he defrauded investors in MSMB Capital Management, a hedge fund he managed, and utilized $11 million in funds from Retrophin Inc, a biopharmaceutical company he also managed, to repay those investors.