By Joseph Gibson on March 9, 2018 in Articles › Celebrity News

One of the 21st century's most prominent supervillains, Martin Shkreli, might have finally seen the collapse of his dastardly schemes thanks to a recent decision by a federal judge. The notorious "Pharma Bro" Shkreli faced the court due to charges of security fraud dating back to his days as the manager of a hedge fund. He's been in jail since September of last year and earlier this morning he learned his fate. It's a double dose of bad news.

Earlier today Martin was sentenced to seven years in prison for defrauding investors out of $10 million. He will server that time in a federal prison.

This follows a previous court ruling that ordered Shkreli to forfeit about $7.36 million worth of assets. That includes Shkreli's E-Trade account reportedly worth $5 million, his stake in Vyera Pharmaceuticals, a copy of Lil Wayne's as yet unreleased album Tha Carter V, an Enigma decoding machine from World War II, and an original painting by Pablo Picasso. But more importantly than all that, it includes the lone copy of The Wu-Tang Clan's famously (and literally) one-of-a-kind album Once Upon a Time in Shaolin. He bought that fabled album for $2 million back in 2015, to almost universal jeers from the general public, as well as from members of the Wu-Tang Clan themselves. And now, he's having to give it all up, in order to pay more than $7 million back to the feds. 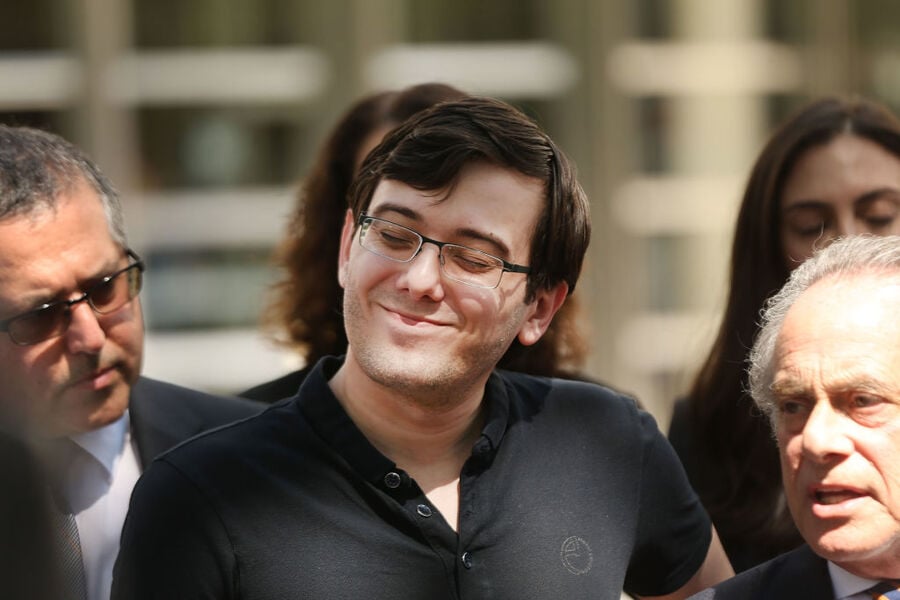 The asset forfeiture decision is only the latest bump in the road for Shkreli, who found himself with his bond revoked and in jail last September after a strange post on his Facebook account in which he placed an open bounty of $5,000 on a piece of Hillary Clinton's hair.

Prior to sentencing, Shkreli wrote a long letter to the judge, requesting a lenient sentence of somewhere between 12 and 18 months, a light prison stay compared to the ten years or more that many legal experts are expecting him to get. Apparently that letter fell on deaf ears because this bro is going away for a long long time.