By Beth McDonald on April 1, 2016 in Articles › Celebrity News

Since her tenure began in 2012, Yahoo CEO Marissa Mayer has faced intense criticism from shareholders as she has been unable to turn the tech giant's dwindling fortunes around.  Now, after several years of lackluster revenue and amid sale rumors, Yahoo is contemplating firing Mayer. However – don't feel too bad for Mayer, who if fired, is expected to receive either a $12.5 million or $37 million payout, depending on when and if Yahoo is sold.

How is this possible? According to CNN, if Mayer is fired as CEO of Yahoo before the company is sold, she would take home $1 million in salary, a $2 million cash bonus, and $9.5 million of Yahoo stock that would vest, or become available to be bought or sold, in 2016, totally $12.5 million.

However, according to her publically-available employment contract, if Mayer were ousted as part of Yahoo's sale, the contract stipulates that all her shares of Yahoo stock, whether vested or not, would be available to sell. Furthermore, the contract dictates that she'd take home three years' worth of her salary (about $3 million) and $34 million in stock awards.

Despite the enormous golden parachute for this falling CEO, it would have been an even bigger payout a year ago when the stock prices were much higher. Yahoo's stock price has plummeted almost 25% in the past year. According to CNN, if these scenarios had played out in 2015, Mayer would have taken home $26 million if she were fired without a sale of Yahoo and $110 million if she'd been ousted as part of a sale. 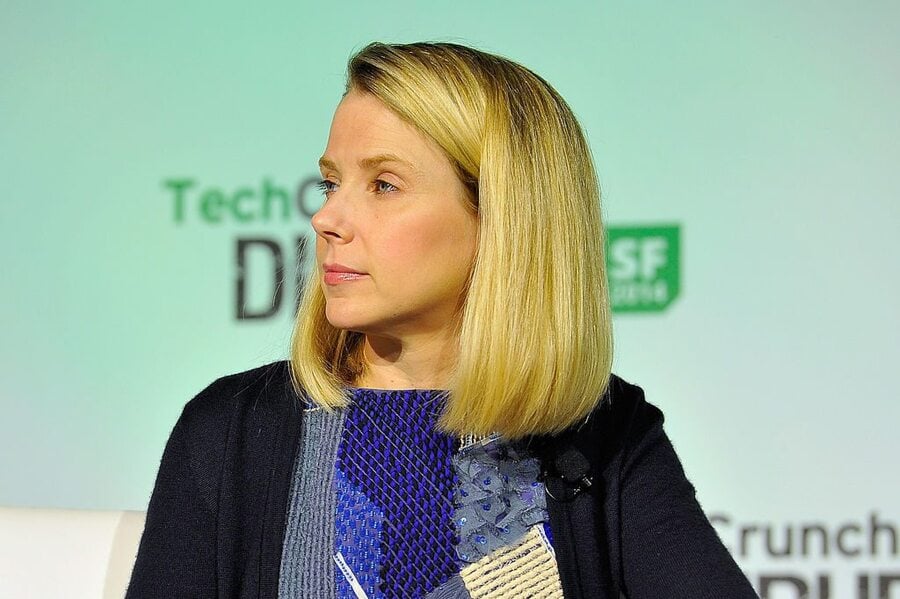 So what has Mayer done to irk Yahoo investors? They blame her and her team for not doing enough to make Yahoo great again. Her hiring in 2012 was highly publicized; she was the youngest CEO of a Fortune 500 company at that time and joined only a handful of other powerful female CEOs. Mayer started her tenure with a splash – spending millions of dollars to acquire popular smaller companies like Tumblr – but failed to turn the ailing company's finances around. Critics say her strategy hasn't worked, but Mayer, in a recent PBS interview with Charlie Rose, defended herself, noting she needed more time to turn the company around.

Whether the company gives her more time to work on her strategy is debatable. After several rounds of layoffs, the company recently announced it would lay off another 15% of its workforce (about 1,600 employees) in the coming year. In addition to layoffs, the company plans to streamline its offerings and advertising platforms, and, as mentioned, taking offers for a potential sale. Those reportedly interested in purchasing Yahoo include Verizon and private equity firm TPG Capital.