By Joseph Gibson on November 18, 2016 in Articles › Celebrity News

It's one of the most famous pieces of clothing in history. It's also the most expensive, having been sold at auction for almost $2 million back in 1999. And now, the dress that Marilyn Monroe wore during her infamous performance of "Happy Birthday" to President John F. Kennedy in 1962 went up for auction again, and it was expected to get around $3 million this time around. Turns out, $3 million was a low-ball estimate!

Monroe's status as a pop culture icon is seemingly invincible, even more so now, 50 years removed from her sudden, tragic death. Part of that means that the various pieces of clothing she made famous throughout her life and career will continue to be top-shelf collectors' items, and it's pieces like this dress, other famous outfits, jewelry owned by the actress, and various personal items that make up the Marilyn Monroe Auction from Julien's Auctions. 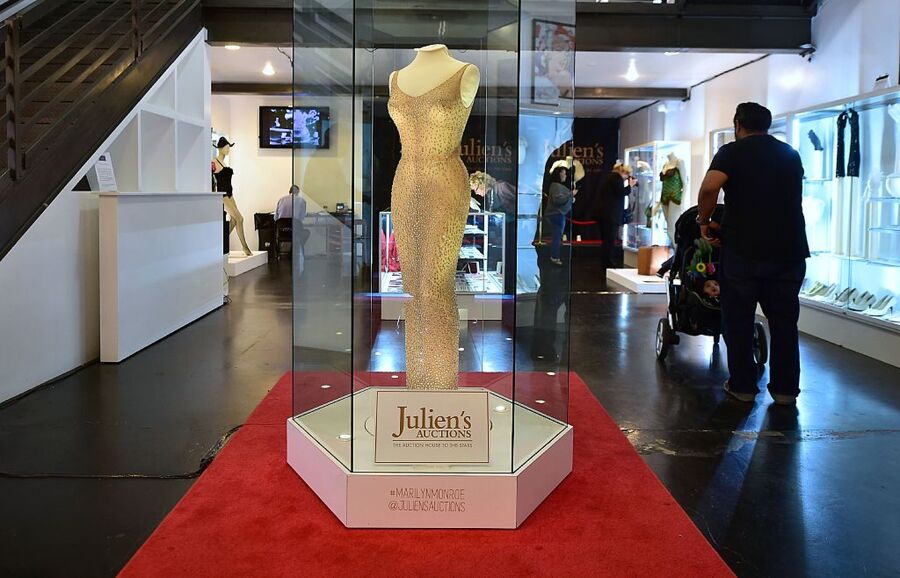 The auction began on November 17th in Los Angeles, and features property from various collections. But, as was made clear to CNN by Darren Julien, the CEO of Julien's Auctions, the dress she wore as she sang "Happy Birthday" to JFK is the most important piece of them all:

"(How much it will sell for) is a difficult thing to predict, but we feel it will sell for more than double of its current estimate. It's truly the most important artifact of Marilyn's career that could ever be sold."

Julien also gave his take on why Monroe artifacts and collectibles remain such hot items on the auction market, and what makes her, in particular, such a infinitely renewable source of fascination among big-money collectors:

It makes sense that the "Happy Birthday" dress would be the most popular of all of the Marilyn Monroe artifacts, since you don't even have to be familiar with any of her films to know the story behind it – it's of historical interest, even more than cinematic and cultural. The dress sold at an auction in 1999 for $1.27 million. At the time, it set the record for the most expensive item of clothing ever sold at auction.

So how much did it sell for?

When the final gavel rang, Ripley's Believe it or Not had the winning bid. The final price? $4.8 million!