Professional fighters tend to burn bright and fast, and even for those at the top of their sports it pays to have some kind of plan for what to do after your career ends. George Foreman has his George Foreman Grill, Mike Tyson has his acting career, and now Manny Pacquiao tells TMZ, before his fight with the undefeated Keith Thurman, that he wants to purchase an NBA team when all is said and done in the ring.

Of course, we should point out right here and now that even though Manny has been extremely successful in boxing, he'll still probably have to hit a Mega Ball or two if he wants to be rich enough to purchase an NBA team. A recent Forbes report says that every single team in the league is worth at least $1 billion, so even Pacquiao's estimated half billion dollars in boxing earnings aren't enough to put him in that financial weight class. 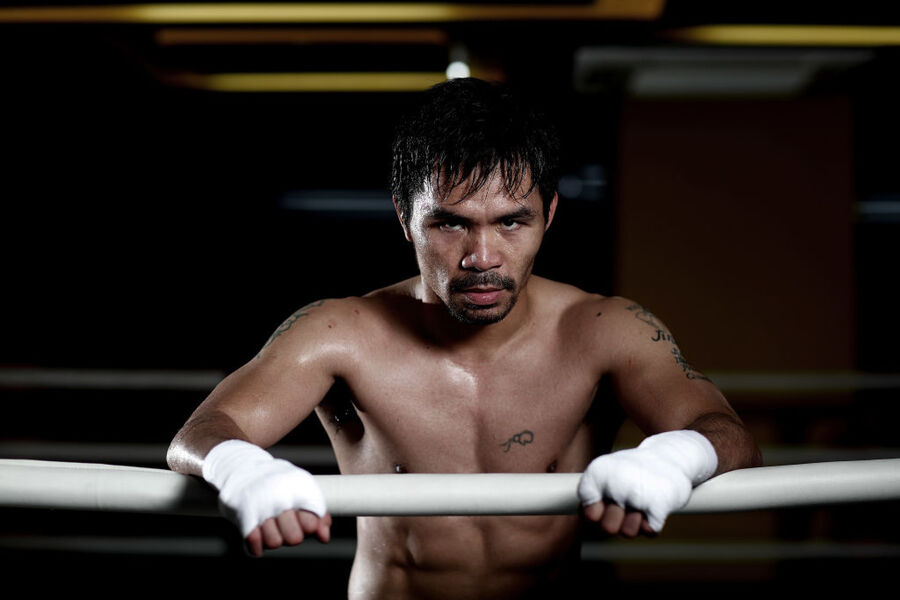 Still, basketball is a big part of Pacquiao's life, so maybe if he puts his mind to it he can make it happen. After all, he already owns the semi-pro Maharlika Pilipinas Basketball League in his native Philippines, and he says that part of his regular training regimen is four to five hours a day of hoops.

Manny says that his experience as a semi-pro league owner would be good experience for owning an NBA team, and that he's still planning on another five years in boxing, after which he'll be 45 and ready to retire. For now, he says he's in great physical condition and that he still feels like he's in his late 20s, but it's clear he's thinking about what his life could be like after he finally hangs up the gloves…and if he can find a real deal on an NBA team.