By Brian Warner on February 1, 2013 in Articles › Celebrity News

This Sunday when we all gather to watch The Super Bowl, no matter how the game turns out, the most important thing need to remember is that geeky character actor Jesse Heiman deserves a standing ovation. You're probably thinking… Who? What Why? It all has to do with the official 2013 GoDaddy Super Bowl commercial starring Heiman, Danica Patrick and super model Bar Refaeli. Let me explain…

Jesse Heiman is one of those actors you would definitely recognize if you saw him on the street, but you probably wouldn't be able to remember what you knew him from and you definitely would not know his name. This is what Jesse looks like: 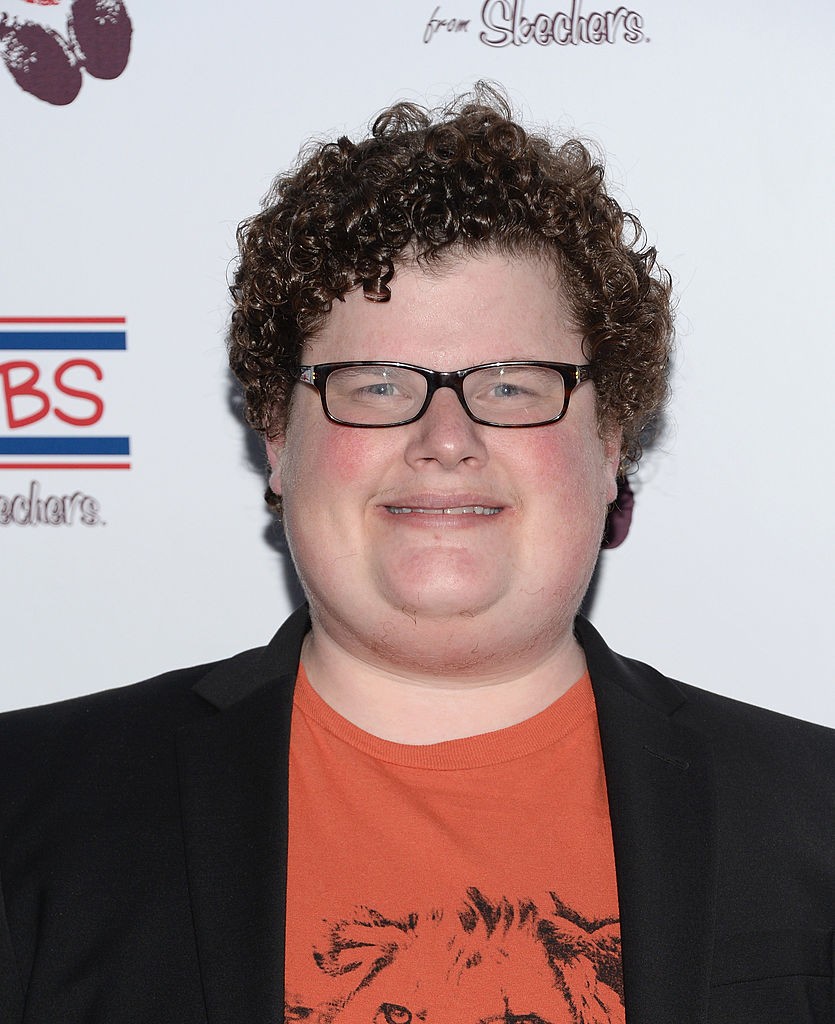 The reality is that you've seen Jesse's work in literally dozens of popular movies and television shows over the years. Jesse's acting credits include bit parts in Old School, Chuck, Transformers: Dark of the Moon, The Social Network, Entourage, American Pie 2, Van Wilder, Spider-Man… the list goes on and on. Heiman is so popular that a random fan created a Youtube supercut called "World's Greatest Extra" that to date has nearly 3 million views:

So why does every man owe Jesse Heiman a standing ovation? This Sunday Jesse will appear alongside Danica Patrick and Bar Refaeli in Godaddy's 2013 super bowl commercial. You're probably thinking "who cares?". Well, he's not just standing in the background or delivering a catchy one liner. In the commercial, Jesse has a 20 second hardcore make out session with Bar Refaeli. That alone would be enough to applaud for the perpetually geeky looking character actor, but the reason Jesse deserves a standing ovation is that the make out scene reportedly required not one, not two, not five not even ten takes… No sir, for his make out session with Bar Refaeli, Jesse Heiman required no fewer than 65 takes! USA! USA! USA!

Assuming each take required 30 seconds of "acting", that's a combined 32.5 minutes worth of super model face sucking. Well played bro. Well played. And that wasn't amazing enough, the CBS apparently rejected earlier cuts that they deemed "too racy"!!! Jesse Heiman, you are my idol. Now, I'm only assuming here, but I can't imagine high school was a ton of fun for a chubby geek whose last name was "Heiman". But you are definitely getting revenge this Sunday when a billion people watch this commercial: