Man Caught Trying To Fly From JFK With $770,000 Cash Hidden In All Sorts Of Weird Places

By Brian Warner on March 4, 2015 in Articles › Celebrity News

I'm flying from Los Angeles to Toronto this weekend. It's currently 75 degrees in LA and around 32 degrees in TDot. As such, I'm already thinking about what to pack. I'll need a good jacket, some gloves, snow-friendly shoes, perhaps a beenie… These are all items I do not wear frequently in LA. I also need to remember to pack my passport and some cash to exchange upon arrival. My point is, for me this is a strange packing situation that will require a little bit of planning and preparation. And speaking of strange packing situations that required a little bit of planning and preparation…

Yesterday, Federal authorities announced that they had busted a man at JFK for carrying too much cash while traveling. How much cash did he have? Keep in mind the limit is $10,000 USD (or the equivalent in foreign currency). So how much did Mr. Abdulkarim Altareb have on him, and mixed into his luggage? $20,000? $30,000? $50,000? Nope, nope and nope. Try $770,000 (as you may have deduced from the title of this article). 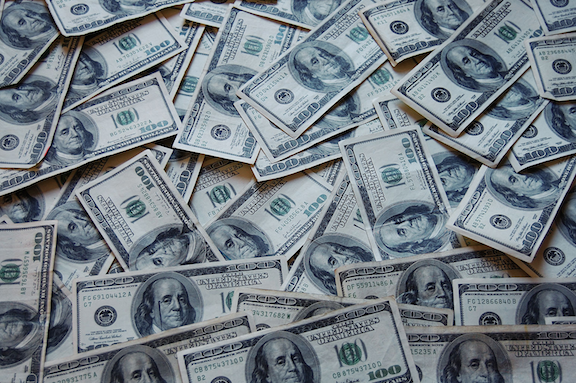 The 48-year-old Yemeni-born man was attempting to fly from JFK to Qatar on March 1st. As part of the standard airport security process, a US Custom Border Patrol officer asked Mr. Altareb to declare how much money he was carrying on his journey. Mr. Altareb put down $6,500 on a form. When he was asked to show agents the money, he ended up pulling out $5,870 in cash.

He was probably just guesstimating too high, but either way his actions and appearance made the agents suspicious. So the officers began a routine search of Mr. Altareb's bags. Pretty quickly, they started discovering wads of crisp $50 and $100 bills stuffed in a wide variety of drug store items, clothing pockets and shoes.

According to the criminal complaint that was filed in court yesterday, "Cash was also hidden in soles of shoes, and in the lining of a jacket inside of one of the checked bags."

When questioned about the money, Mr. Altareb responded: "We are trying to build a building in Yemen. This is my brothers', two brothers' money."

Altareb was charged with "bulk cash smuggling" and is being held without bail in Brooklyn.

Obviously, this raises some eyebrows. It's hard not to jump to a salacious conclusion when an Arab man is caught trying to travel to an Arab country with lots of unreported cash. Maybe it's completely, 100% innocent and he really just wants to build a building. I won't stir the controversy any more than necessary…