By Brian Warner on September 19, 2014 in Articles › Celebrity News

The Pabst Brewing Company in 1844 in Milwaukee, Wisconsin by German immigrant brewer Jacob Best. The company, which was originally called The Empire Brewery, then Best and Company and then the Best Brewing Co, was run by Jacob Sr's son Phillip, Charles and Jacob Jr. In 1863 a steamship captain named Frederick Pabst (who also was the son-in-law of Phillip Best) acquired a stake in the brewery.  In 1866, Frederick became President and by 1874, Best And Company was the largest brewery in the United States. In 1890, the company officially changed its name to the Pabst Brewing Company. During prohibition, which lasted from 1920 to 1930, the brewery switched to manufacturing cheese. 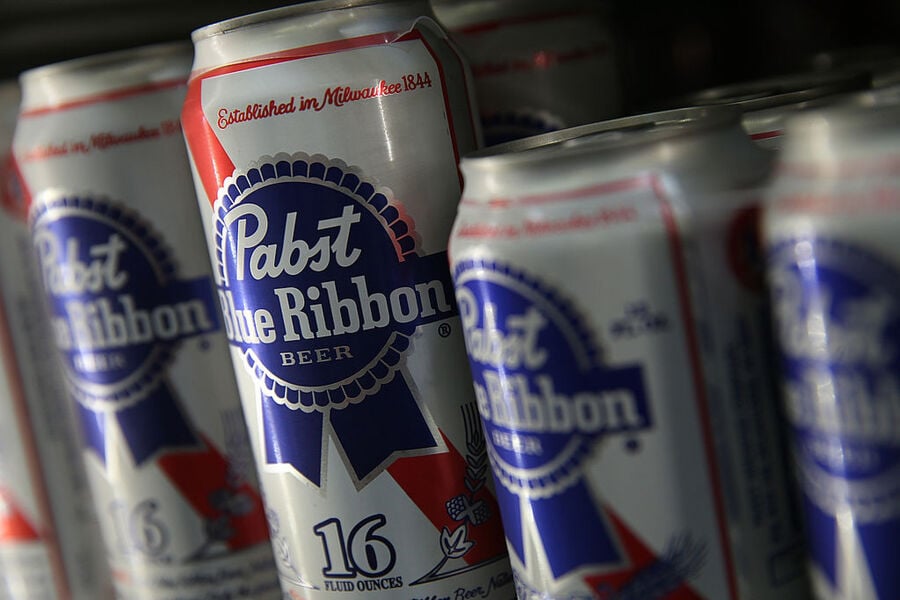 According to company legend, the brewery's flagship beer, "Pabst Blue Ribbon" earned its name after being awarded the ribbon for "America's Best Beer" at the 1893 World's Columbian Exposition in Chicago. There's just one problem with that legend. It might be totally made up. Anecdotal accounts of that fair claim that no awards were given out for "America's Best Beer". Reportedly, that fair only gave out "bronze medals" to a handful of exhibitors, most of which were not even breweries.

As a brand, PBR peaked in the mid to late 1970s. During this period, the company was known to sell 15-18 million barrels of beer per year. That made PBR the third most popular beer in the US according to sales. Unfortunately, PBR's popularity declined dramatically in the ensuring years. In 1985, The Pabst Brewing Company was bought by real estate magnate Paul Kalmanovitz for $63 million. Kalmanovitz died two years later.

By the mid-1990s, Pabst had declined steeply as a company. They laid off 70% of its workforce and soon began outsourcing all of its beer production. At first all of Pabst's products were produced by the Stroh Brewery, by 2001 production was transferred to Miller Brewing Company. At this point in time, PBR was selling less than 1 million barrels per year.

Hipsters To The Rescue

At some point in the 2000s, PBR became extremely popular among hipsters. Especially those living in places like Portland, Oregon and Brooklyn, New York. Ironically, these hipsters probably enjoyed PBR because it was unpopular and against the norm. For whatever reason, PBR started to slowly make a comeback, even outside of tight-jeans-wearing circles.

Between 2005 and 2010, sales of PBR increased 69%. Company margins increased 48%, net revenue per barrel increased 28% and operating profit increased 81%. In 2006, PBR overtook Coors in terms of annual sales. In 2010, PBR surpassed Sam Adams. By this time, The Pabst Brewing Company also was producing Colt 45 and Old Milwaukee brands of beer.

The Russians Are Coming

Yesterday, the Metropoulos family announced that they had reached a deal to sell the Pabst Brewing Company to a Russian conglomerate called Oasis Beverages for $700 million. That represents a $450 million windfall compared to the $250 million that was paid just four years ago. Oasis is the largest independent brewer in Russia, most famous for being the official Russian brewer of Heineken.

From the brink of extinction to $700 million in under a decade. I hope the Metropoulos family remembers to buy every hipster they ever meet, a beer!