Former NBA superstar and current business superstar Magic Johnson has just won the opportunity to purchase The Los Angeles Dodgers for a whopping $2 billion! Magic Johnson, who has a personal net worth of $500 million, leads a group of private investors who have spent the last year vying to buy the legendary baseball franchise from current owner Frank McCourt. The sale marks the end of a rocky era for The Dodgers as the team has been locked in bitter divorce battle between Frank and ex-wife Jamie. 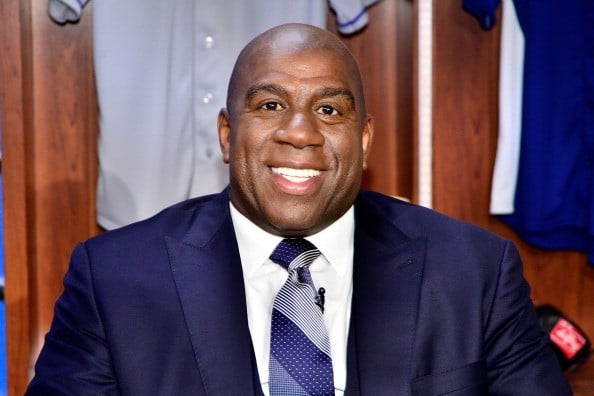 Some recent history: Frank McCourt purchased The Dodgers from Rupert Murdoch's NewsCorp in 2004 for $430 million after a failed attempt at buying his boyhood favorite team The Boston Red Sox. McCourt comes from a successful line of Real Estate investors and met his ex-wife Jamie while attending Georgetown University in the 1970s. The couple married in 1979 and Frank used his family money to jump start The McCourt Company which became a very successful developer of commercial real estate and parking lots in the Boston area. When Frank purchased The Dodgers he financed the transaction entirely with debt, using his $200 million real estate portfolio as collateral. McCourt quickly began to turn the team's finances around by raising ticket prices and improving The Dodger's playing record. Just five years after purchasing the team, The Dodgers were valued at over $700 million.

Unfortunately, in October of 2009 McCourt's wife Jamie filed for divorce and insisted that The Dodgers were community property therefore 50% hers. This led to a legal tug of war that ultimately ended with Major League Baseball being forced to assume control of the team against both McCourts' wishes. Eventually Frank agreed to pay Jaime $130 million for her share of The Dodgers assuming MLB would allow him to sell the team or buy out her share himself. The problem for Frank was that his entire net worth was caught up in the team. He was unable to secure the necessary funds in time which would have allowed him to purchase The Dodgers outright and pay off Jamie's divorce settlement.

Enter Magic Johnson. After earning just over $25 million in salary and endorsements during his NBA career, Magic used retirement to launch a business empire that is valued at over $1 billion today. "Magic Johnson Enterprises" has been extremely successful running franchises of movie theaters, Starbucks coffee locations, T.G.I. Friday's Burger King and much more. MJE also owned a 4.5% stake in The Los Angeles Lakers which Magic bought for $10 million in 1994. Johnson sold his Lakers shares in 2010 to billionaire Patrick Soon-Shiong for an estimated $50-60 million. Magic Johnson Enterprises has made Magic one of the richest and most successful athletes and businessmen in the world with a personal net worth of $500 million.

Magic's team of future Dodger owners includes Hollywood mogul Peter Guber who already owns a large stake in the NBA's Golden State Warriors. Jonson and Guber co-own a minor league baseball team called The Dayton Dragons which is currently the sports-world record holder for most consecutive sold out home games at 844 (the streak is still alive and ongoing). Hopefully Johnson and Guber can bring that kind of that enthusiasm to Los Angeles where The Dodgers have played lackluster seasons to half full stadiums for the past few years. And considering that Johnson has already brought 5 championships to Los Angeles as a player for The Lakers and several more as a part-owner, hopefully he can being some winning MAGIC to the Dodgers as well!