Bow down to her Madgesty, Queen of us all… or at least of her fellow solo touring musicians. Madonna reclaimed from Bruce Springsteen the title of "Highest Grossing Solo Touring Artist," thanks to her highly lucrative and successful Rebel Heart Tour. The 57-year-old has sold an amazing $1.31 billion worth of concert tickets over the course of her career.

Madonna wrapped up her world tour in Sydney, Australia on March 20th. Her Aussie dates were the first time the Material Girl had played down under in 23 years. The Rebel Heart tour kicked off September 9th in Montreal, Canada. Madonna played 82 shows in 55 cities on four continents over the seven-month tour. 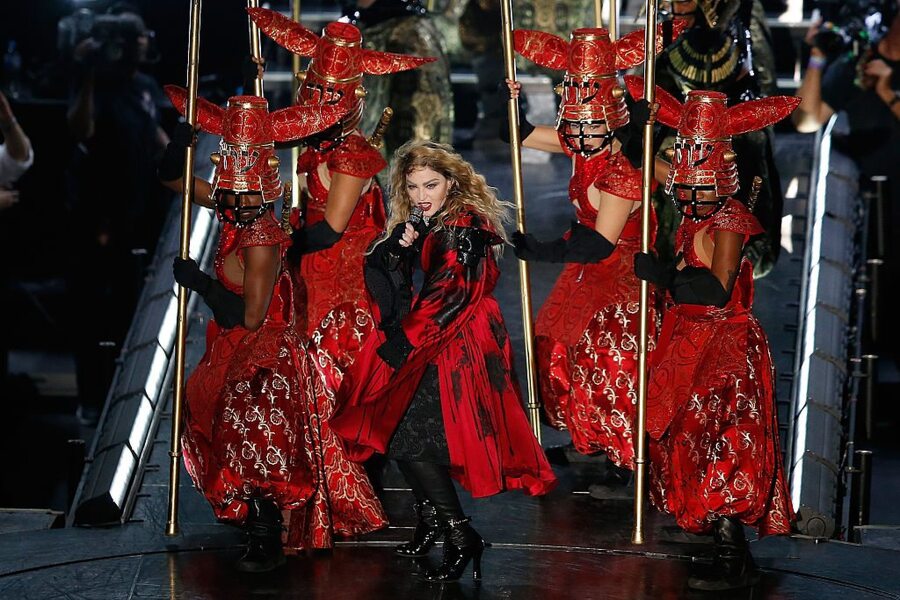 The tour had its high and low points. The high point came in Houston, Texas, when Madonna gave a touching tribute to the late David Bowie. The low point came during her Australian shows, when the singer appeared out of it. In all likelihood, after touring the globe for more than seven months, she was probably just exhausted. Even the Material Girl needs her rest!

Over the course of the tour a number of Madonna's famous fans joined her onstage including Katy Perry, Idris Elba, Amy Schumer, Ariana Grande, and Jessica Chastain.

The 2015-16 Rebel Heart Tour grossed $169.8 million for a per show average of $2.1 million. Madonna is not only the number one solo artist, she also moved up to the number three highest grossing among all touring acts. It's Madge's world, we all just live in it.