It is not unusual for there to be no love lost between ex-spouses, nor is it unusual for custody battles to be difficult to navigate. However, when both parents are rich and famous and one of them is, arguably, one of the most famous women on the planet, things can really get crazy. We're talking about Madonna and Guy Ritchie, of course. It is bad enough that Ritchie is trying to keep their son Rocco from Madonna, but now he is seeking a bigger payday from his ex-wife as well!

Last week, Madonna had a much publicized breakdown while on stage in Australia. Could that have been because she had just received word that Ritchie was demanding that she pay for her ex's legal bills? That would be enough to drive anyone over the edge! Friends of the pop superstar have revealed that Madonna is outraged by her ex-husband's demands and has absolutely no intention of paying the bills of someone trying to take her son away from her. 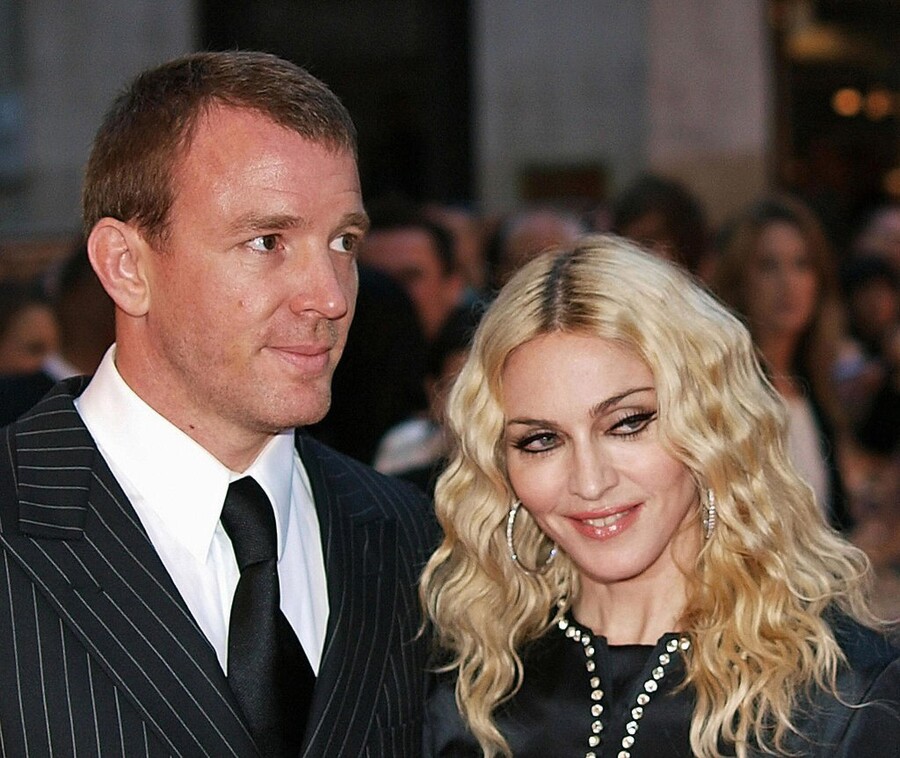 Guy Ritchie initiated the lawsuit and now he wants Madonna to pay the bill for it. That's messed up, especially since, as a successful film director with a net worth of $150 million, Ritchie can well afford to pay his own legal bills.

Madonna gave Ritchie more than $70 million and an estate in Wiltshire, England when they divorced. You'd think that would be enough, but nope, Ritchie wants more. As the Brits say, that's rather cheeky of him! The legal bill for the ongoing and contentious custody battle could amount to hundreds of thousands of dollars, by the time all is said and done.

Madonna and Rtichie married in December 2000. The former couple has a son, Rocco John Ritchie, born in August of 2000 and they adopted a Malawian baby boy named David, in 2006. They divorced in 2008.

Ritchie remarried in 2015. His new wife, model Jacqui Ainsley is 13 years his junior. He has three additional children with his current wife. The couple divides their time between Ritchie's London townhouse and the Wiltshire estate he formerly shared with Madonna.

Meanwhile, 15-year-old Rocco has been living with his father and step mother since December. He visited England on vacation and adamantly refused to go back to his mother's home in the United States or join her on her world tour.

Madonna has stated that she is ready to accept that she's lost the custody battle and she just wants to heal the wounds it has created in her fractured family. Madonna is seeking a private hearing in the Family Division in order to outline some guidelines for Rocco and restore peace to the family.

Madonna has a net worth of $800 million.