Looking Back At Geoffrey And Brynne Edelsten's AUD$3.3 Million Wedding, Australia's Most Expensive.

Almost ten years ago, the most expensive wedding in Australian history took place, between Australian businessman Geoffrey Edelsten and TV personality Brynne Gordon. It was a lavish, star-studded affair, and estimated to have cost about $3.3 million in Australian dollars, or roughly $2.5 million USD. And the bride, now known as Brynne Edelsten, recently spoke to News.com.au about the ceremony, nearly a decade after the fact.

The three biggest names at the wedding were probably Margot Robbie (still an Australian TV star and a few years off from her current Hollywood mega-stardom), Jason Alexander, and Fran Drescher (both of whom were also hired to narrate an invitation DVD produced by Garry Marshall commemorating the marriage that was given to all the guests!). Brynne says that the wedding was so huge that despite the glut of Australian celebrities present she wasn't even aware of them all:

"I didn't realize Margot was there…At that point, I was just starting to get familiar with Australia in general, let alone know who the people were at the wedding…I didn't actually understand, let alone appreciate how lucky I was to have those people there. I didn't realize how big a deal it was…Now I look at some of the guest list, and it's actually really impressive. I was a bit oblivious to it all at the time." 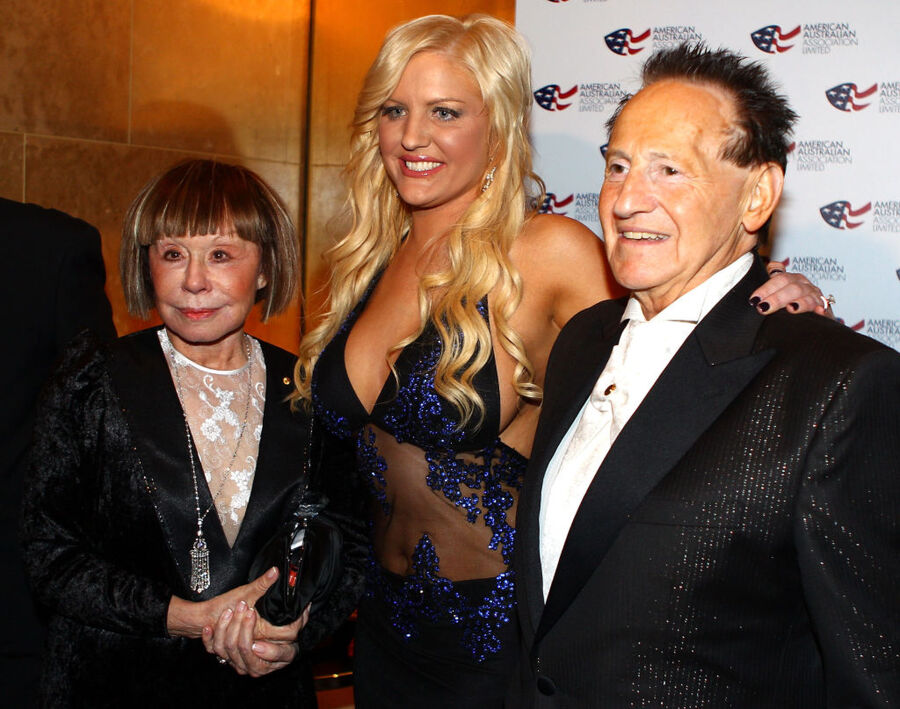 The wedding was held at the Crown Casino in Melbourne, and the commemorative short film was only one sign that no expense was being spared. Guests entering the Palladium Ballroom walked by a custom-constructed helicopter and a luxury car owned by the famously wealthy Edelsten in the foyer. Why a helicopter? It was reportedly use to escort Brynne to the aisle, in part because of the crush of press and other gawkers on hand for the event, as she recalls:

"There was press everywhere…Going into Crown right before the ceremony, I had to be taken through the Crown kitchen and we had to cover ourselves with paper bags because people were trying to get photos…It was a lot of chaos in an already overwhelming moment."

Now, of course, Geoffrey and Brynne are divorced, and have been separated since 2014. The divorce is reportedly final, but the two haven't yet "settled things financially" so tension between them is high, and communication rare. But while their marriage might not have lasted, their record for Australia's most expensive wedding is still holding strong.