By Brian Warner on December 18, 2012 in Articles › Celebrity News

Lionel Messi received his Christmas present early this year. The 25 year old Argentinian-born soccer player just became the highest paid soccer player in the world thanks to the new lucrative contract he signed with Barcelona earlier this week. This is Messi's first contract since 2009 and keeps him in a Barcelona jersey through June 2018. So how much will Barcelona be paying Lionel? The big soccer salaries for players like David Beckham and Cristiano Ronaldo are broken into base pay and incentive bonuses and Lionel's paychecks are gonna be seriously impressive… 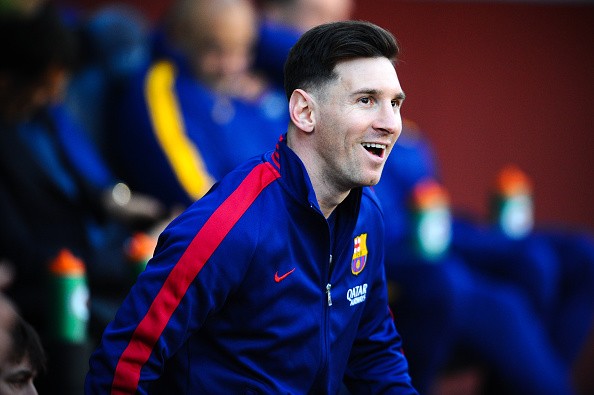 Lionel's base salary is being raised from $10.5 million to $15.44 million. By 2018, his base salary will have risen to $20.3 million. Amazingly, $15.44 million will make Messi just the third highest paid player in terms of base salary, behind Zlatan Ibrahimovic ($19.5 million) and Samuel Eto'o ($26 million). On the other hand, when you take into account bonuses, Barcelona will pay Lionel a mind numbing $44.68 million next year, making him the highest paid soccer player in the world. Keep in mind Lionel also earns $20 million per year off the field from endorsing companies like Adidas, EA Sports, Dolce & Gabana Pepsi and Herbalife. When you take into account base salary, bonuses and endorsements, Lionel Messi will earn a grand total $66.68 million per year! Not bad for someone in their mid-twenties. Do you think Lionel is worth it? Below is a list of the 10 highest paid soccer players in the world, bonuses and base salaries included.

The Highest Paid Soccer Players in the World: