By Joseph Gibson on August 16, 2015 in Articles › Celebrity News

Right now, to look at Michelle Mone, former model and founder of Ultimo, a British bra and lingerie brand that has earned her fame and fortune in the United Kingdom (as well as recently being named the country's "unemployment tsar"), you might be surprised to learn that she's the product of decidedly humble beginnings.

Mone's childhood and adolescence took place in a very poor area of Glasgow, Scotland, and at 15, she was a high school dropout. It was at this point she managed to enter the modeling industry, in part because she had to become the breadwinner for her family, following her father's consignment to a wheelchair due to a degenerative disease in his spine. Two years later, Mone met the man who would become her husband, even though she was only 17 at the time, while working as a model. 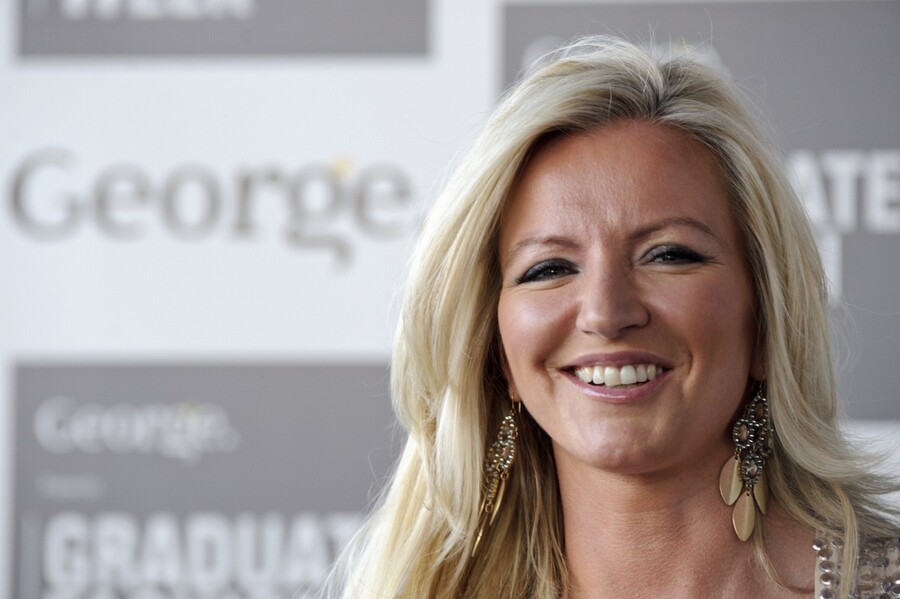 At 18, Mone quit modeling because she'd become pregnant with her first child. Then at 19, after converting to Catholicism and marrying Michael Mone, she decided another career change was in order, citing dissatisfaction with the housewife lifestyle. She applied for a job at a Labatt brewery in Scotland, fabricating her qualifications on her application for a position in the marketing department (it's unclear whether Mone, in her position as unemployment tsar, recommends that individuals down on their luck pull the same trick when they're looking for work). It only took a couple years after that for Mone to rise to the top of Labatt's marketing team, but the company laid her off anyway – when she was 24, with two kids at home.

It was at this point that Mone began to have an interest in starting her own company, using severance funds from Labatt and her husband Michael as her financial adviser. After being saddled with an uncomfortable bra at a 1993 dinner party, she had that "eureka" moment that all successful entrepreneurs seem to describe, and decided to go into bras professionally.  She developed a more comfortable (and more natural-seeming) bra that uses silicon in its construction – the Ultimo bra. She started MJM International Ltd., to produce and market the bra, and the company's fortunes (as well as her own) really started to skyrocket. Currently, her personal fortune is valued somewhere around $30 million.

Just because she got rich doesn't mean her life magically became problem-free, though. In 2003, she was mugged by an attacker just outside her Glasgow office, who is reported to have punched and kicked her repeatedly before stealing her car as well as several prototype bras. Then, a few years later in 2011, her husband Michael left her around Christmas, a move that Mone herself blames on her inability to be a docile and obedient housewife in a 2012 Sunday Times interview:

"I wish I was that woman who relied on her husband to do things for her. I don't think a lot of men like independent women. I just became too strong. I wish sometimes I wasn't me. If I was a housewife, I'd probably still be married to Michael."

The marriage died a slow and painful death, with the two having to share the same house for a period after their separation, and Michael allegedly had an affair with Ultimo's head designer Samantha Bunn, another factor some cite as contributing to their divorce (but which Mone herself denies). Before their 2013 divorce was made official, Michelle smashed Michael's Porsche, threw all his stuff into the garden of the mansion they shared, and even poisoned his coffee with laxatives.

Even following that nasty (and costly) divorce and several other business problems, causing Mone to sell 80% of her stake in the company she founded, Mone has a way of staying on top and in the spotlight – in addition to her new duties as unemployment tsar of the UK, she has also founded a self-tanning company, UTan & Beauty. Even with a $30 million, she has no plans to retire.