Things aren't going so great for former child star and actress Lindsay Lohan. As if her more publicized troubles weren't enough to contend with, there's also the matter of the $40,000 she owes to a Nevada tanning salon for services rendered between the years of 2007 and 2009. It's now been 9 months since a judge in Nevada ordered Lohan to pay, during which she hasn't paid a cent of the sum, so now the tanning salon is trying to get a ruling in Lohan's home state of California so her assets can be subject to seizure and repossession if she fails to make payments. 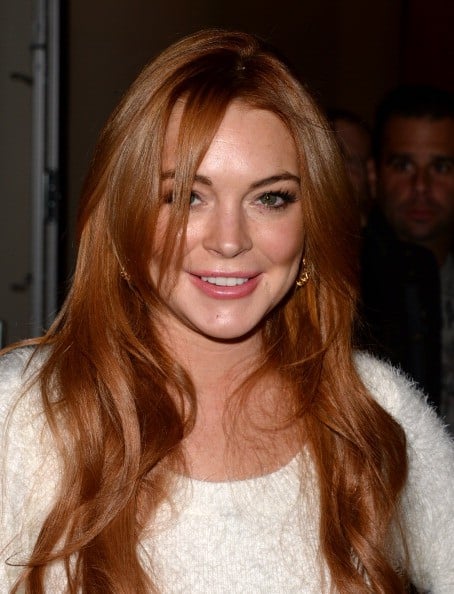 This comes after a several month long "comeback" of sorts, during which Lohan has been seen in all sorts of places getting her image back in the public eye. She posed nude in the January/February 2012 issue of Playboy magazine and hosted an episode of the NBC sketch comedy series Saturday Night Live in March of that same year.

But the best news of all for Lohan came in April of 2012, when it was announced that Lindsay had gotten a real acting job in a Lifetime Original Movie about the lives of Hollywood icons Elizabeth Taylor and Richard Burton, entitled Liz & Dick. Lohan will be playing the part of Elizabeth Taylor, and has reportedly been going all out in preparing for the role, immersing herself in many of Taylor's films and has been photographed wearing dresses identical to the ones that Taylor wore.

So, hopefully for Lohan, she will be able to settle this debt with the Nevada tanning salon sooner rather than later. Their move to file suit in California shows that they are very serious about collecting, and if Lindsay isn't careful her possessions could end up in a tanning salon waiting room in Nevada.