Lil Wayne sunk a lot of money into his Miami beach house, outfitting it with a presumably quite expensive array of customized features that only he (or, in the case of the shark lagoon, a Bond villain) would think of adding to a house. But as sometimes happens to celebrities, his address became a known quantity in Miami, making him the target of prank calls and one high-profile "swatting" incident, when emergency personnel were called to the home under the false pretense that four people had been shot there. Given all that, it's not too shocking that he's recently let go of the house at a loss, according to The Wall Street Journal.

The aforementioned shark lagoon is located inside the house, where it surrounds a glass elevator to access the roof. Why would you want to get to the roof? It's not just to enjoy a Miami sunset, because "avid skateboarder" Weezy had a skate park custom built on top of the house. Shark lagoons and skate parks are probably extremely impressive to visitors, but they can become liabilities when you're trying to sell, especially if the home in question has a known history of being targeted by prank callers and other malicious mischief-makers. Lil Wayne learned this hard way when he initially listed the house at $18 million, followed by a drop to $12 million, before eventually selling to an anonymous (and presumably shark-loving) buyer for $10 million. 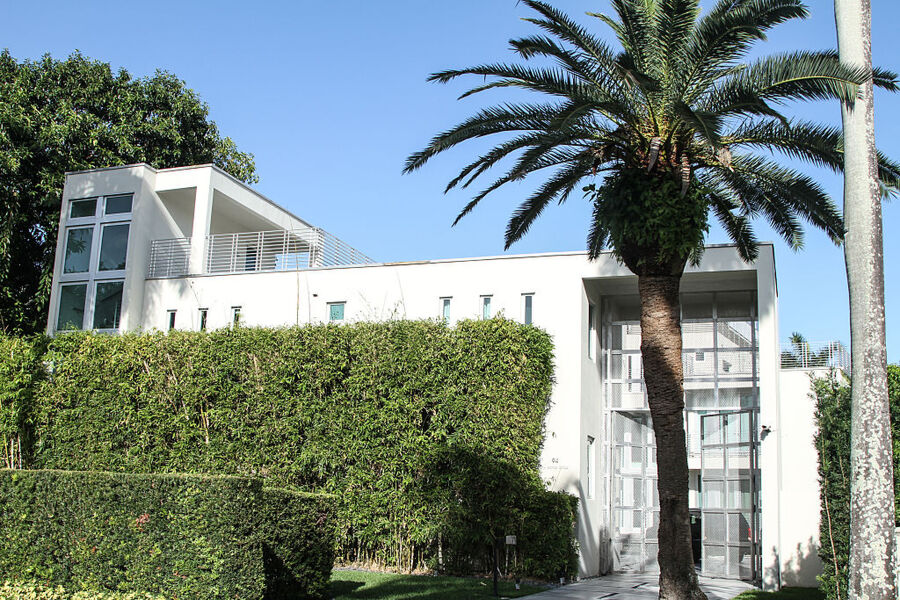 Wayne bought the six-bedroom house (plus a three-bedroom guesthouse) back in 2011 for $11.6 million, which of course doesn't include the money he spent having the shark tank, glass elevator, and rooftop skate park put in. According to his realtor, he's just happy to be moving into a new place at all.