By B. George Young on February 2, 2015 in Articles › Celebrity News

Rapper Lil Wayne is suing his record label Cash Money for–you guessed it–cash money. He is suing the label for $51 million because he claims CEO Bryan "Birdman" Williams has been witholding a large sum of money owed him by the company. The money is related to his new, unreleased album, Tha Carter V.

Wayne wants the $51 million, but he also wants the right to sever his contract with Cash Money. Furthermore, he is suing to become the joint copyright holder of all of his music that has been released to-date on his Cash Money imprint, Young Money. This would include not just his own recordings, but also those by artists like Nicki Minaj and Drake.

In Late 2014, Lil Wayne started calling himself a prisoner of Cash Money and tweeted he wanted "off this label." His new album, Tha Carter V, was originally to be released in May 2014, but was pushed back to December. And yet today, the album is still to be released, and is listed as "Coming Soon" by Cash Money. Despite his obvious frustration, Wayne's manager said that he has no intention of leaving the label. 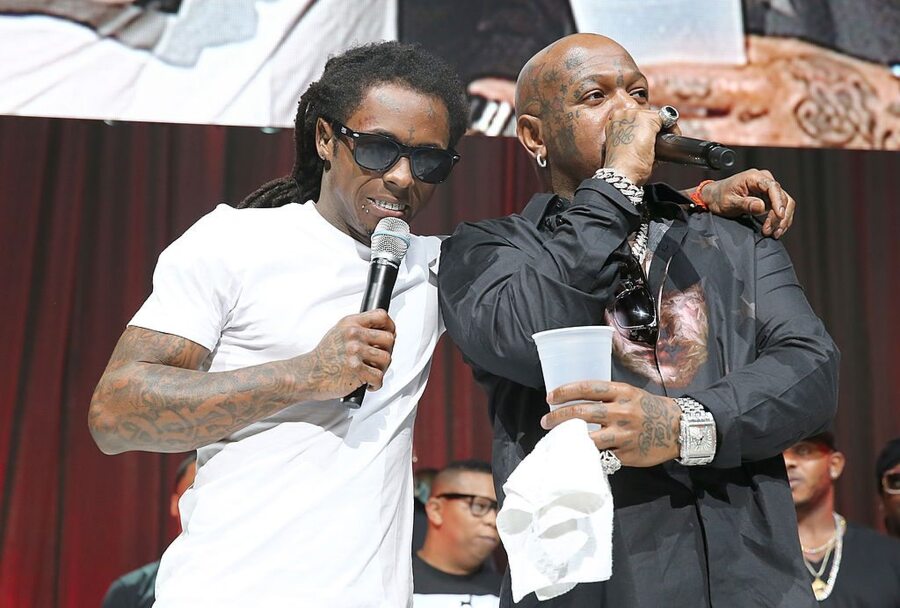 Fans of Lil Wayne are still waiting for his new album, it's true, but the rapper put out his new mixtape,  Sorry 4 the Wait 2, in January, 2015. In that release, he made clear his frustrations with the situation and bashed his label. Songs like "Shit (Remix)" and "CoCo" contain lyrics like "Did my time at Cash Money, time served and released…but this agent ain't free," and "Cash Money is an army, I'm a one-man army…and if them N***** comin' for me, I'm goin' out like Tony…I just want my money."

Lil Wayne owns 49% of Young Money, while Birdman owns 51%. In addition to those we've detailed here, other disputes between Wayne and Cash Money date back to 2005. Amendments to their contracts seemed to have smoothed things over, at least until now. According to Wayne, Cash Money has refused to pay out the $8 million owed him at the commencement of the recording of Tha Carter V, and another $2 million upon delivery of the album. He claims the label has only paid him a total of $2 million over the course of the recording. While Wayne is demanding $51 million, he also fought back against a judgment against him–and Drake–for $400,000, for failing to show up for a club appearance in 2011.

Although neither artist is hurting for money, this lawsuit will definitely be worth watching. It seems to be as much about artistic freedom for Lil Wayne, though I'm sure he very much wants that cash money.