By Daniel Lipson on September 25, 2017 in Articles › Celebrity News

Actor and environmental advocate Leonardo DiCaprio joined speakers such as U.S. Secretary of State James Baker, California Governor Jerry Brown, Paris Mayor Anne Hidalgo, and General Chair of the Board Jeffrey Immelt at Yale University for a climate change conference hosted by former Secretary of State and Yale alumnus John Kerry. DiCaprio closed the talks asking people to think long-term about the climate, and announced that his foundation will give $20 million in grants to over 100 environmentally focused organizations. These grants will go towards things like wildlife and habitat conservation, defense of indigenous rights, and overall combating climate change. It will increase his organization's direct financial impact to over $80 million since the foundation was established in 1998. 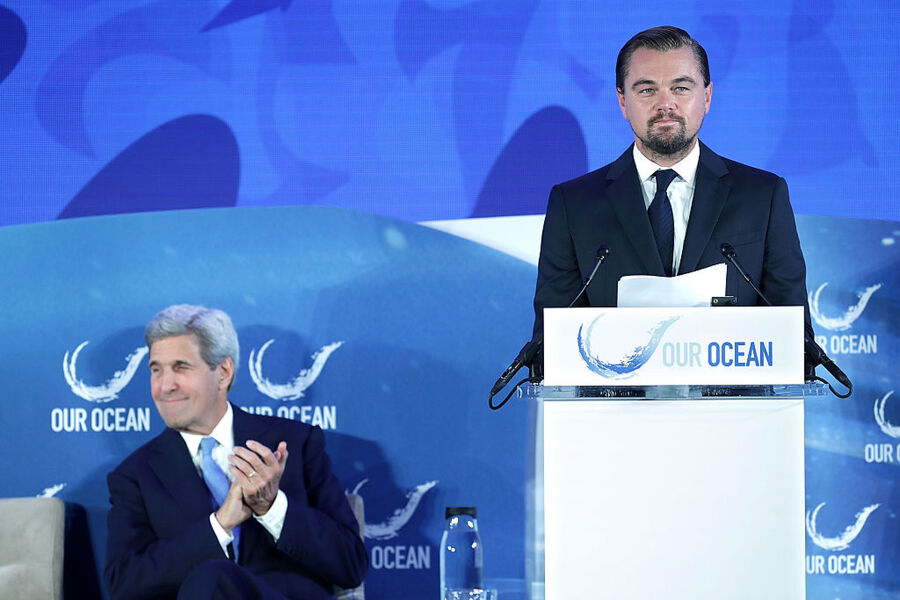 In his presentation, DiCaprio encouraged everyone to vote for climate change believers in the midterm elections and to support companies who provide climate-friendly products. He urged for a shift towards modern technology such as clean, cost-effective renewable energy in the private sectors. He cited the recent storms as a scientific indicator that the climate is getting more extreme and destructive over time.

He mentioned that his foundation met with Donald Trump in December with a plan on how America could tackle climate change. Since then, Trump appointed noted climate change denier, Scott Pruitt, to head the Environmental Protection Agency. DiCaprio said he still believes the U.S. can be a leader in global climate change talks.

DiCaprio also criticized Florida Governor Rick Scott for his belief that humans don't have control over climate change, and their policy of not using the terms "climate change" and "global warming" at the Florida Department of Environmental Protection.

DiCaprio serves on the board for a number of environmental organizations, including the World Wildlife Fund.