By Mark Kurlyandchik on June 10, 2015 in Articles › Celebrity News

None of these characters are that far a stretch for Leo though, considering his romantic proclivity for dating supermodels. And the actor's real life exceeds all three men in at least one way: dude owns an island.

DiCaprio reportedly bought Blackadore Caye, a 104-acre island off the coast of Belize, almost a decade ago for $1.75 million with business partner Jeff Gram, who runs Cayo Espanto Island Resort on another private island nearby. It costs almost $2,000 a night for a couple to stay at Cayo Espanto. 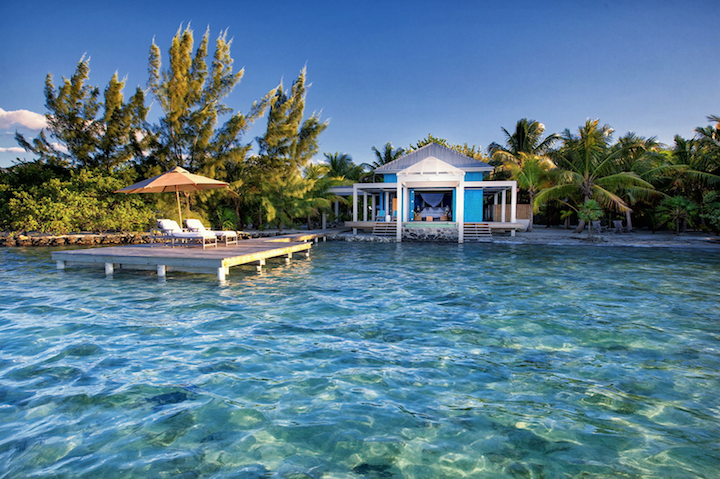 The plan for Blackadore Caye also includes a luxury resort, but with an environmentally conscious twist. DiCaprio is an ardent environmental activist and scuba diver.

The coral reef off the coast of Belize – the second-largest in the world – is a UNESCO World Heritage site, and its waters boast incredible marine biodiversity. But the ocean surrounding Blackadore Caye has been overfished, and the island has felt the brunt of deforestation. DiCaprio's goal with the resort is to heal the island and its waters. The healing aspect is even in the name of the development, officially called "Blackadore Caye, a Restorative Island."

"I couldn't have gone to Belize and built on an island and done something like this, if it weren't for the idea that it could be groundbreaking in the environmental movement," DiCaprio told The New York Times recently.

When it opens in 2018, Blackadore Caye will feature all the accoutrements of a luxury resort, but with a few eco-conscious extras: an artificial reef and shelter for fish, a nursery, and new mangrove trees to replace those lost to deforestation. Almost half of the island will be dedicated to conservation and plastic water bottles will be banned.

In addition to the resort, DiCaprio and his development partners also plan to build about 50 houses on the island, priced between $5 and $15 million. If all goes well, DiCaprio stands to make a nice chunk of change, putting him even closer to the captains of industry he plays on screen. Perhaps he'll need to stretch his acting chops a bit, because although he owns an island, he still doesn't have an Academy Award.